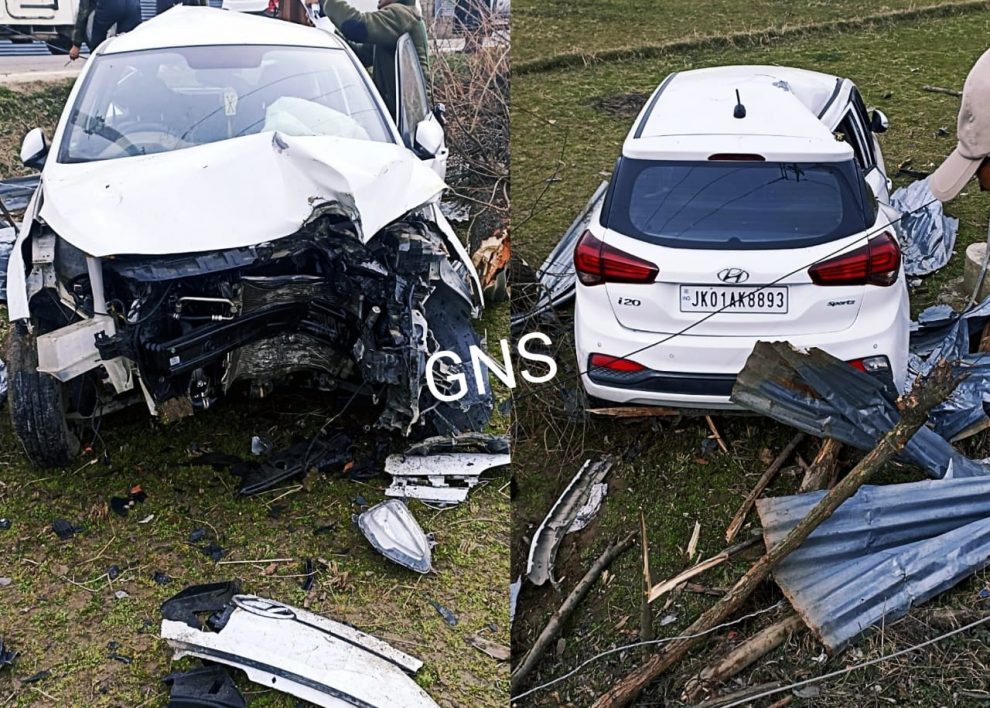 KUPWARA: Four people were injured after the car they were traveling in met with an accident in North Kashmirs Kupwara district on Sunday morning.

As per the reports, four people who were in the car were traveling to Kupwara for the JKSSB examination.

Reports further said that a private vehicle (JK01AK-8893) was on way to an examination centre in Kupwara when the vehicle hit the electric pole near Wadpora this morning, leaving four aspirants injured.

As soon as the accident happened, the locals rushed to the spot and evacuated the injured aspirants to District Hospital Handwara where they are being treated. Condition of two of them is stated to be critical.

A police official told that the injured had come from Srinagar but they are originally from Teetwal Kupwara. The injured have been identified as Khalid Rafiq Owhaan, Jafar Owhaan, Fasil Ahmad Mugal and Tariq Ahmad Owhaan. (GNS)