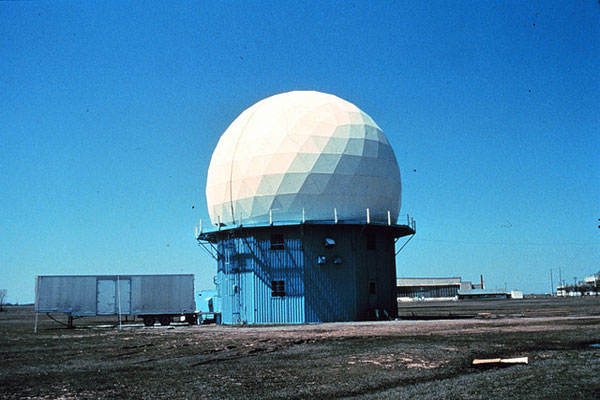 Jammu: Aiming to improve the weather forecast system in Jammu and Kashmir, the government has initiated a process for installing state-of- Art Doppler Radar system at Banihal.

“After Srinagar and Jammu, state-of-the-art Doppler Radar System will be installed at Banihal,” an official said.

He said that a site at one of the top locations in the hilly belt has been identified to establish the Doppler system, adding, “the location is finalized while the gadgets required for the facility are being imported and work will begin in days.”

“The system will be important for both Jammu and Kashmir regions because the radar covering 100 km of airspace will provide accurate weather information two to three hours in advance,” he added.

The official said that pre-information about heavy rain, storm, landslide, flood, cloudburst will help in strengthening emergency management, adding, “this radar will cover Kashmir Valley along with Erstwhile Doda District and some other parts of Jammu province.”

The Doppler radar has been started on trial in the office premises of Meteorological Center at Bantalab, Jammu, said an official.

“The facility will also be helpful for Amarnath and Vaishno Devi pilgrims visiting to Jammu and Kashmir as they will also be able to get accurate weather information in advance,” the official said adding that the radar system installed will be capable of providing early weather information of low-lying areas of all the ten districts of Jammu division, which will not be possible in mountainous areas due to poor signals.

In hilly areas, advance information about cloudburst, which can be fatal sometimes, can help in preventing major damage and can save lives of many besides property.

For Katra town, the base camp of Shri Mata Vaishno Devi Cave Shrine, the weather forecast is presently issued by the Srinagar based Meteorological Center in 24 hours and there is no availability of ‘No Cast Warning’ (NCW) system for ten districts in the Jammu division.

After 2014 flash floods, Japan-made state-of-the-art radar worth crores of rupees was installed at Srinagar.

A senior official of the Meteorological Department said that with the installation of the Doppler Radar System, emergency management will be strengthened.

“After Srinagar and Jammu, state-of-the-art Doppler radar coming up at Banihal, meteorological emergency management will be strengthened and the required items for it are being procured,” he added.