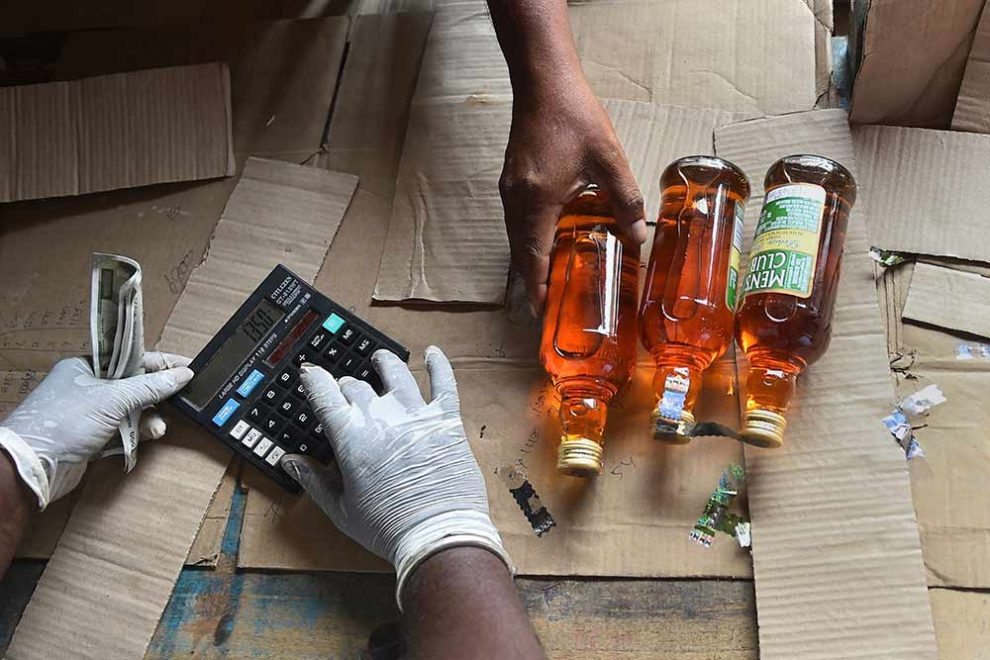 The Dispatch Staff
Add Comment
The excise department has identified 51 new locations, 45 in different parts of the Jammu division and six in Kashmir Valley. New liquor sale points are likely to be opened in tourist destinations of Kashmir Valley.

Jammu: Under New Excise policy 2022-23, the Jammu and Kashmir government is going to open new liquor sale points at different locations in Kashmir Valley where terror outfits have declared an unofficial ban on its sale and consumption since 1991.

The excise department has identified 51 new locations, 45 in different parts of the Jammu division and six in Kashmir Valley. New liquor sale points are likely to be opened in tourist destinations of Kashmir Valley.

Additional Chief Secretary, Finance, Atal Dulloo, while announcing the ‘Excise Policy 2022-23’ on Tuesday, said “We have incorporated several new conditions in the Excise Policy for the year 2022-23, which will remain in force from April 1, 2022, to March 31, 2023.”

These conditions are aimed at generating more revenue and bringing further transparency to the allotment of liquor vends.

Revealing that there will be e-auction of JKEL2, Atal Dulloo said that e-auction portal would be governed by J&K Bank as a third party nodal agency, adding “Excise Department will allot 51 new vends in un-served/under-served areas in addition to 228 vends as already notified vide SO No.114 of 2021”. Among 51 new vends, 45 will be opened in different parts of the Jammu division and six in the Kashmir Valley.

He further said that the new policy would also put an effective check on the menace of bootlegging and smuggling of all narcotic drugs in J&K from neighboring states and UTs.

It was informed that besides making quality liquor available to consumers this policy would encourage the transition from high to low alcoholic content beverages to safeguard the health of consumers.

Ironically in the year 2017, it was all due to threats of terror outfits and separatist groups that the then PDP-BJP government was forced to revive its decision of opening a ‘duty-paid’ liquor shop even at Srinagar airport.

In an effort to boost tourism, the Airport Authority of India (AAI) had floated a tender for a duty-paid liquor shop at the Srinagar airport in the year 2017. Fearing reaction from radical groups, the then PDP-BJP government had rejected the proposal.

Since 1991 terror groups have declared an unofficial ban on liquor in Kashmir while J&K UT is officially not a ‘dry region’. Liquor vends were closed in Kashmir after “Allah Tigers” -a terror outfit issued a blanket ban on its sale and consumption, soon after an eruption of terrorism in the region.