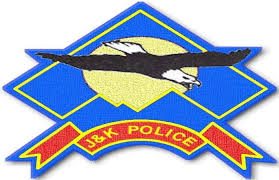 Srinagar, Feb 19: Jammu & Kashmir’s intelligence chief, RR Swain, and other senior IPS officer has been promoted to the rank of director-general of police.

According to an order issued by the Ministry of Home Affairs, a copy of which is in possession of news agency R R Swain and A K Choudhary have been promoted to DGP rank with effect from 01 January 2021.

Swain, who is ADGP, Criminal Investigation Department (CID), has held key positions in Jammu & Kashmir including district police chief of both Srinagar and Jammu districts-considered the most sensitive assignments in J&K.

He also served as DIG of the State Vigilance Organisation, now known as the Anti-Corruption Bureau (ACB).

He returned from central deputation last year and was posted as ADGP CID.

The other IPS officer who was promoted is A.K. Choudhary(ADGP, Armed Police).