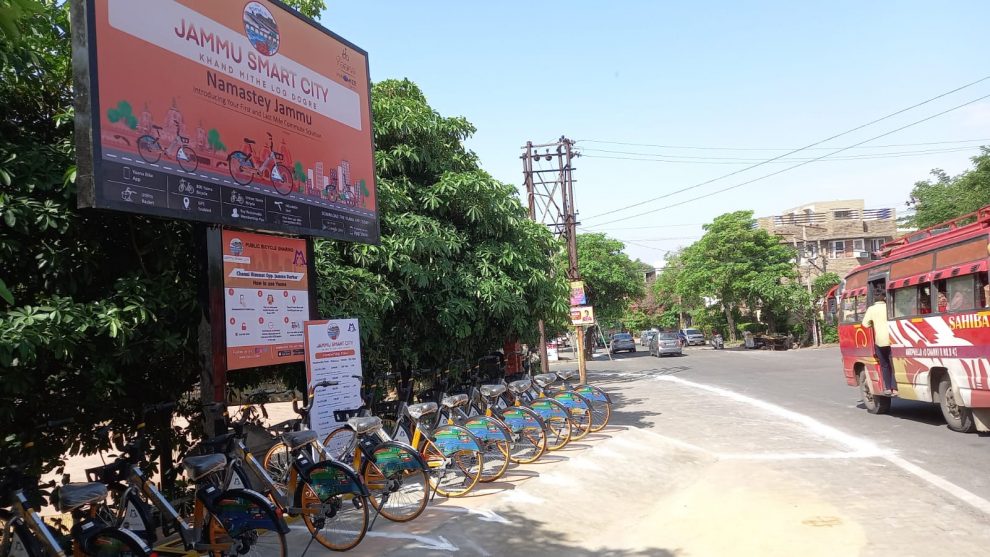 Jammu:  A public bicycle-sharing system will be launched in Jammu under the Smart City Mission in a boost to eco-friendly mobility, an official said on Monday.
The system will allow users to rent out a bicycle from designated automatic docking stations and deposit it at another docking station located close to the destination, the official said.

He said it will be a first-of-its-kind initiative in Jammu and Kashmir and be available to all citizens at a nominal rent.

Jammu Smart City Limited (JSCL) has established 60 automatic docking stations across the city and each one has 10 slots to park and lock bicycles.

“Sixty docking stations have been established in prominent locations of the city so far and the work for 60 more is in progress,” the official said.

“The public bicycle-sharing system will not just help citizens to maintain good health but also bring down pollution levels in the city, Lavasa said.

Officials said a user can rent a bicycle by downloading and registering in mobile app Yaana Bikes’ with a mobile number. The app is available on both android and iOS platforms.

They said the minimum membership is available at Rs 50 for five rides of 30 minutes each in a day and the maximum membership at Rs 1,500 for 1,500 rides of 30 minutes each over a year.
The Dispatch is present across a number of social media platforms. Subscribe to our YouTube channel for exciting videos; join us on Facebook, Intagram and Twitter for quick updates and discussions. We are also available on the Telegram. Follow us on Pinterest for thousands of pictures and graphics. We care to respond to text messages on WhatsApp at 8082480136 [No calls accepted]. To contribute an article or pitch a story idea, write to us at [email protected] |Click to know more about The Dispatch, our standards and policies