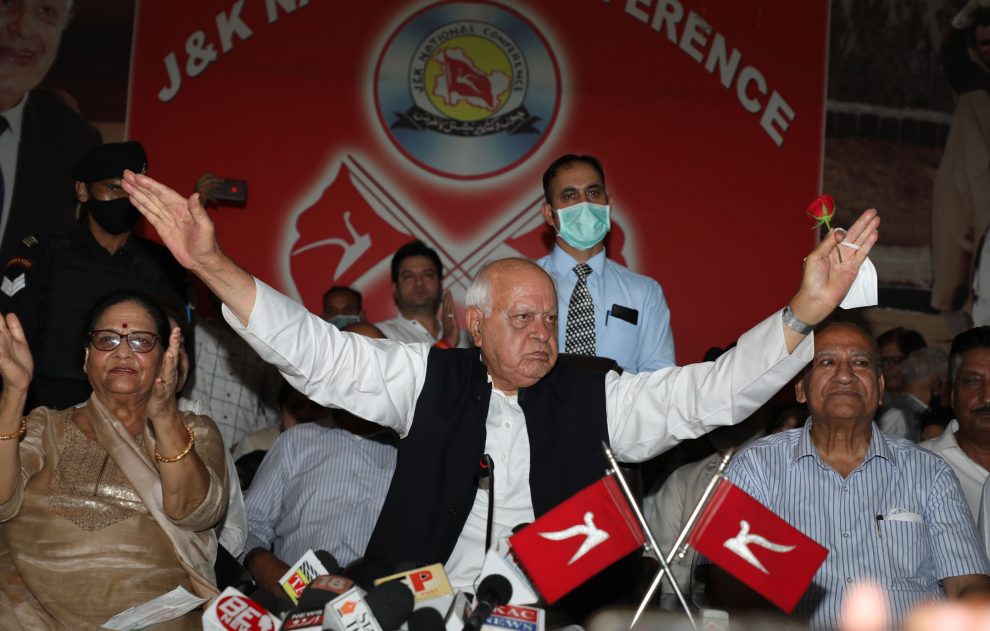 JAMMU: National Conference President Dr Farooq Abdullah on Wednesday said that the youth of J&K deserve the protection of their employment rights and identity.

While addressing the party’s YNC functionaries at his Jammu residence, the former Chief Minister said Youth of Jammu and Kashmir are finding themselves living in a region far more “volatile, unstable and economically fragile”.

Interacting with the youth he said that the youth are the active change-makers, future influencers and important stakeholders of the future of Jammu and Kashmir.

“The new domicile rules, outsourcing of jobs and contracts, withdrawing of already advertised posts, lingering regularisation of contractual employees, snail’s pace of recruitment by JKSSB, PSC, and inequitable termination policy have embroiled our educated and skilled with a plethora of anxieties,” he said, adding, “Plight of my Dogra youth, Pahari youth, Gujjar youth, is no different from their Kashmiri counterparts. Job insecurity and diminishing employment avenues concern the last educated young boy or girl living in Gurez as it concerns their counterparts in Doda, Bandipur, Rajouri, Samba,” he said.

The communal forces, he maintained, are diverting people’s attention from real issues after having failed to deliver on their promises. “When you ask questions with regards to Rehabilitation of Kashmiri Pandits, toll tax, employment, augmenting health infrastructure, educational facilities, they go mute. Diverting the attention of people from real issues is the agenda of the incumbent ruling dispensation,” he said, adding that the incumbent  ruling dispensation doesn’t  care for the poor.

Asking the functionaries to launch aggressive door to door campaign to apprise the people about the tricks the ruling dispensation is playing on them, Dr Farooq said the doors of the party are open for those who want a platform to work for the protection of job, land and cultural rights of Dogras, Kashmiris, Paharis, Gujjars. “Youth has to work with collectivism, if it wants to secure its future,” he said. (GNS)