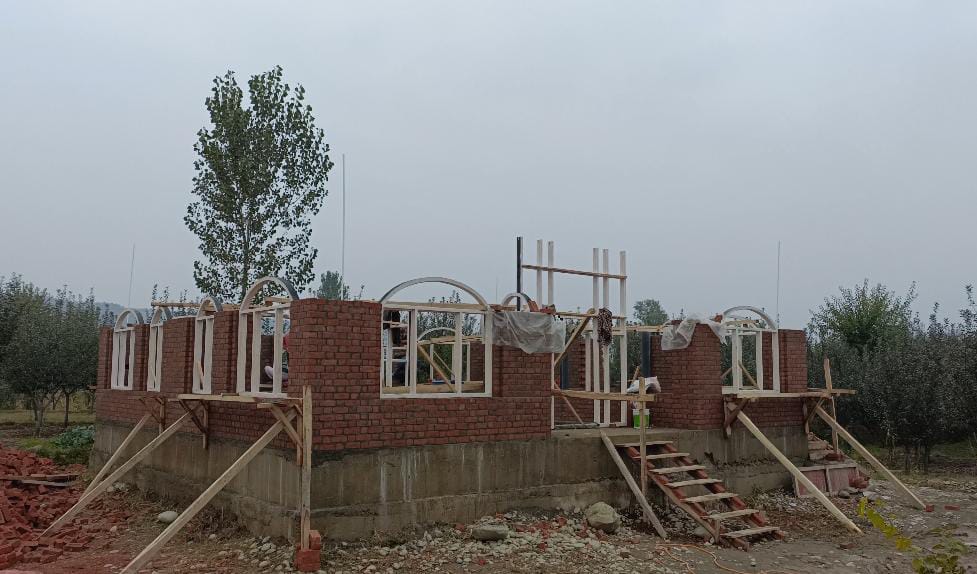 JAMMU: Lack of clarity in absence of guidelines for accord of approval for construction of residential and commercial buildings in rural areas of the Union Territory has created utter chaos and confusion among villagers which, in turn, has virtually stalled construction activity in villages of Jammu and Kashmir.

On January 22, the Department of Rural Development and Panchayati Raj designated the competent authorities for grant of permission for construction/reconstruction/alteration of residential/commercial buildings in the rural areas of Jammu and Kashmir.

Though the new laws received widespread criticism from different quarters, yet the government has not come out with suitable guidelines to facilitate the construction or alteration of residential and commercial buildings.

If sources are to be believed, the major glitch in issuing guidelines under new laws is the conflict between Jammu Development Authority (JDA) and Department of Rural Development Department which has created confusion not only among the competent authorities but also seekers of building permission in the rural areas lying within the jurisdiction of Local Planning Area of Jammu Master Plan-2032.

The prevalent situation has also cast its shadow over the Centre’s flagship housing scheme—Prime Minister Awas Yojna (PMAY)-Gramin as it is not clear whether houses proposed to be constructed under PMAY-G would also require approval from competent authority.

Under the new arrangement, Sarpanch of Panchayat Halqa, Panchayat Secretary (VLW) and Patwari concerned have been designated as competent authority for granting permission for construction of residential buildings within the Panchayat jurisdiction.

“Till now, the BDO was the competent authority to accord approval for construction of residential buildings in villages but lack of clarity due to unavailability of proper guidelines under new laws has compounded the problems of people. I approached the committee members including our Sarpanch for permission being required for construction of a residential house but they asked me to visit BDO office for the same as they are devoid of guidelines. Their plea is that the government has not issued any notification thus far,” said an aggrieved person in village Dhan of block Dansal in Jammu district while declining to be named.

Similar complaints have poured in from other parts of Jammu region where the people are being asked to wait for proper guidelines from the government before undertaking construction or alteration for residential.

Former minister and chairman of Panthers Party Harsh Dev Singh has accused the government of “harassing and exploiting” the rural folk by imposing “draconian laws” on them. “The Government has not only created complications for the village folk in the construction of residential houses, shops etc but has further created new and additional channels of corruption. It is a bizarre proposition to make permission from the Revenue and Rural department mandatory before construction of houses by people on their own land and with their own money,” he has said.