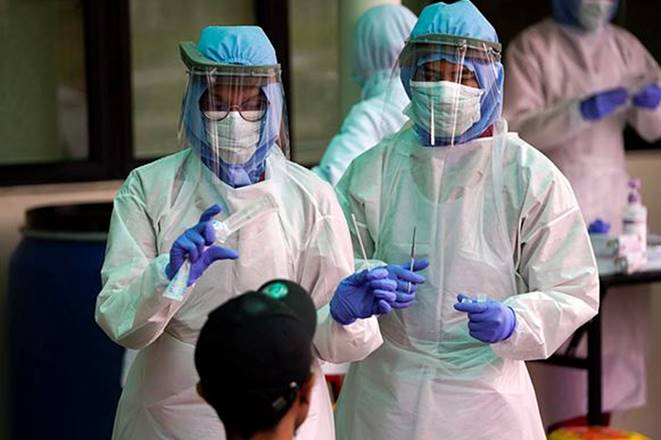 With 701 new cases, the COVID-19 tally in Jammu and Kashmir climbed to 33,776, while 14 more fatalities were reported, officials said on Tuesday.

The death toll in the union territory has now reached 638.

They said 701 fresh cases of COVID-19 were reported from the union territory, taking the total number of infected persons to 33,776.

There are 7,544 active cases of the coronavirus, while 25,594 patients have recovered so far, they said.

Among the new cases, 139 were from the Jammu region, while 562 werefrom Kashmir, they said.

Srinagar district reported the highest number of 208 new cases,followed by 76 in Jammu district, the officials said.

This was for the fourth time in past five days that the number of freshCOVID cases in Srinagar district was more than 200.

In the Jammu division, three more patients including a woman died of coronavirus, taking the death toll due to the infection to 50, officials said.

The Poonch Deputy Commissioners office was closed for visitors after three employees tested positive for the disease on Tuesday, and the public has been asked to contact the officials over the phone in case of any urgent issue.

The three employees, including an operator of the deputy commissioner, were among the 139 fresh cases detected across 10 districts of the Jammu region, the officials said.

They said two residents, aged 53 and 63, died at Government Medical College (GMC) Hospital over the past 24 hours, while a 43-year-old woman died at GMC Kathua on Tuesday.

The three were suffering from various ailments and tested positive last week, the officials said.

Jammu division has so far recorded a total of 7,413 cases, of whom 5,776 have already been cured and discharged from the hospitals, the officials said adding there are only 1,587 active cases in the division.