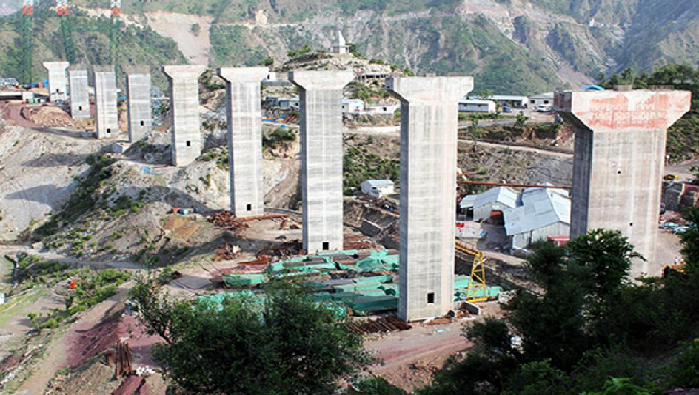 Jammu:  Jammu and Kashmir administration has set up an ambitious target to complete 1300 languishing projects by the end of this financial year, and has issued directives to the administrative secretaries to ramp up the pace of work.

Official sources informed that Financial Commissioner, Finance Department Arun Kumar Mehta who is also the chairman of J&K Infrastructure Development Finance Corporation (JKIDFC), which was incorporated to raise Rs 8000 crore for completing the languishing projects has set a target to complete 1300 languishing projects within this fiscal.

“The Chairman and Managing Director directed the team JKIDFC for stressing the departments to speed up the progress of work of these projects and complete the committed 1300 projects in the financial year 2020-21,” read minutes of the meeting of JKIDFC.

Mehta, as per officials, has also expressed “displeasure” over the slow pace of work on languishing projects undertaken by several government departments.

“The chairman and managing director said that the short individual review meetings shall be held on consecutive days in a week with the departments,” an official said.

According to officials, in order to ensure proper funding of these projects, the department has decided to raise Rs 1500 crore from the open market.

A senior finance department official informed that JKIDFC has been given the go-ahead to borrow the money from the open market for funding projects languishing from 5 to 25 years.

In this regard, JKIDFC has invited expressions of interest (EOI) from reputed banks, financial institutions registered with Reserve Bank of India for lending Rs 1500 crore to J&K government at an interest rate of 8.5 percent.

“JKIDFC is a registered corporation which is mandated to raise Rs 8000 from the market for funding languishing projects, the corporation has already raised Rs 3000 crore which has exhausted after the JKIDFC made payment for works initiated by it,” said a finance department official.

“Sealed Expression of Interest (EOI) is being invited from reputed RBI regulated banking and financial institutions/companies of the country, to submit written proposals for advancing loans of Rs 1500 crore to be availed during remaining months of the current financial year (2020-21),”  reads an EOI issued by the JKIDFC’s Director Finance.

“The bidders are requested that the maximum rate of interest decided by the authorities is 8.5% and the bidders are accordingly informed to quote the rate of interest at which they will offer the debt/loan along with the amount they are prepared to invest during January-March 2020-21 and April-May 2021-22,” reads an EOI issued by the JKIDFC’s Director Finance.

According to EOI, the loan of Rs 1500 crore to be raised is guaranteed by dedicated revenue streams of the J&K government.

“If a bidder, whose offer has been accepted, fails to disburse the required amount within 15 days from the demand, the requisite time frame loss occurred shall be recovered from the repayment of loan.

The High Court at Jammu and Kashmir shall have exclusive jurisdiction to adjudicate the dispute arising out of the agreement if any.”