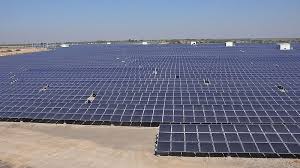 SRINAGAR: Jammu & Kashmir Union Territory figures at the bottom in the NITI Aayog’s State Energy and Climate Index (SECI), which was released on Monday.

A cursory look at the report titled- State Energy and Climate Index- reveals that with an overall score of 29.3, Jammu & Kashmir is placed at the 32nd spot among states and UTs.

In the category of UTs, the report reveals that J&K figures at 6th rank.  “Among Union Territories Chandigarh, Delhi and Daman & Diu/Darda & Nagar Haveli(both combined) are the top three performers, and Andaman & Nicobar, J&K and Lakshadweep are the bottom three performers,” reads the report.

It is worthwhile to mention that the states and UTs have been classified as larger states, smaller states and union territories for better comparison.

The data of Jammu & Kashmir UT includes Ladakh which is functioning as a separate UT since October 31, 2019.

“Due to the non-availability of separate data for two UTs (J&K and Ladakh), Ladakh is not shown as a separate UT in this index. However, from the next round of the index, the data for J&K and Ladakh will be collected and shown separately,” the report states.

The SECI ranks states and UTs on six parameters — discoms’ performance; access, affordability and reliability of energy; clean energy initiatives; energy efficiency; environmental sustainability; and new initiatives. The index is based on 2019–20 data—(KNO)