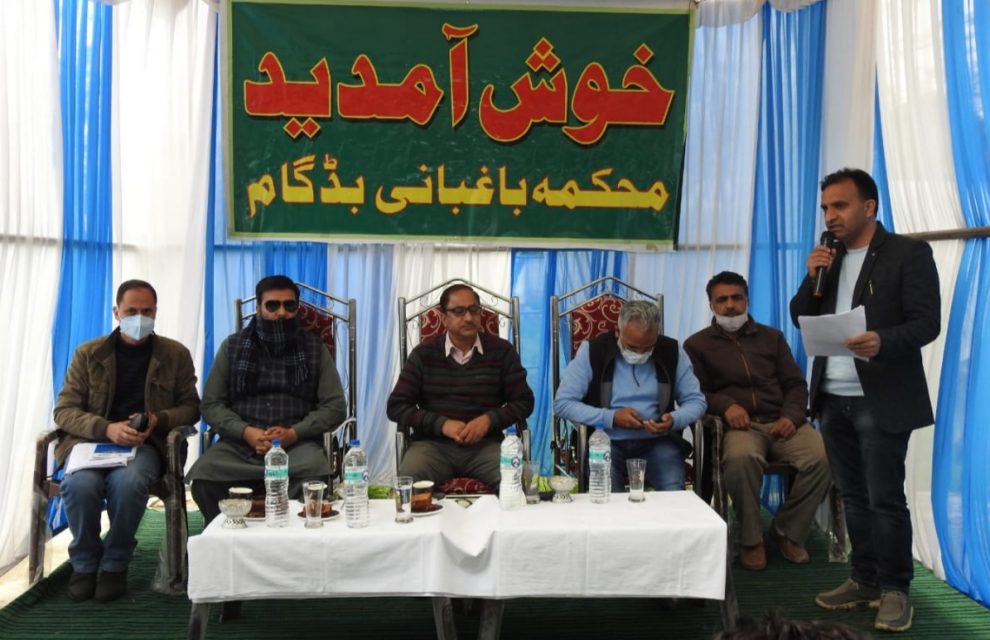 Srinagar: The Jammu & Kashmir RTI Movement has hailed the work done by Department of Horticulture in restoration of Gopalpora fruit plant nursery after being in shambles for almost 30 long years.

In a statement Chairman RTI Movement Dr Raja Muzaffar Bhat appreciated the work done by the department under the guidance of the present Director during the last 2 years.

He said that nursery was messed up in the past as the huge chunk of land (85 kanals) was not even able to generate revenue of Rs 2 lakh per year.

He appealed to Director horticulture to further strengthen the horticulture industry in Kashmir as this sector happens to be the backbone of Kashmir’s economy.

During a function organized at Gopalpora nursery on Tuesday which was attended by Director Horticulture Kashmir Ajaz Ahmad Bhat , Dr Raja Muzaffar appealed Horticulture Department to create more awareness programmes among farmers so that they learn the modern techniques being used in horticulture sector especially for walnut , almond and plum growers who are turning towards apple growing as there is less research and development going on to make these sectors more profitable.

Director Horticulture Kashmir gave away cash awards and certificates to the team led by Horticulture Development Officer Chadoora which was involved in renovation of Gopalpora fruit plant nursery.

He directed the Chief Horticulture Officer Budgam to introduce fruit plants like modernized walnut, almond , cherry , peach and plum in the nursery so that these planting material can be created for distribution among farmers in future.