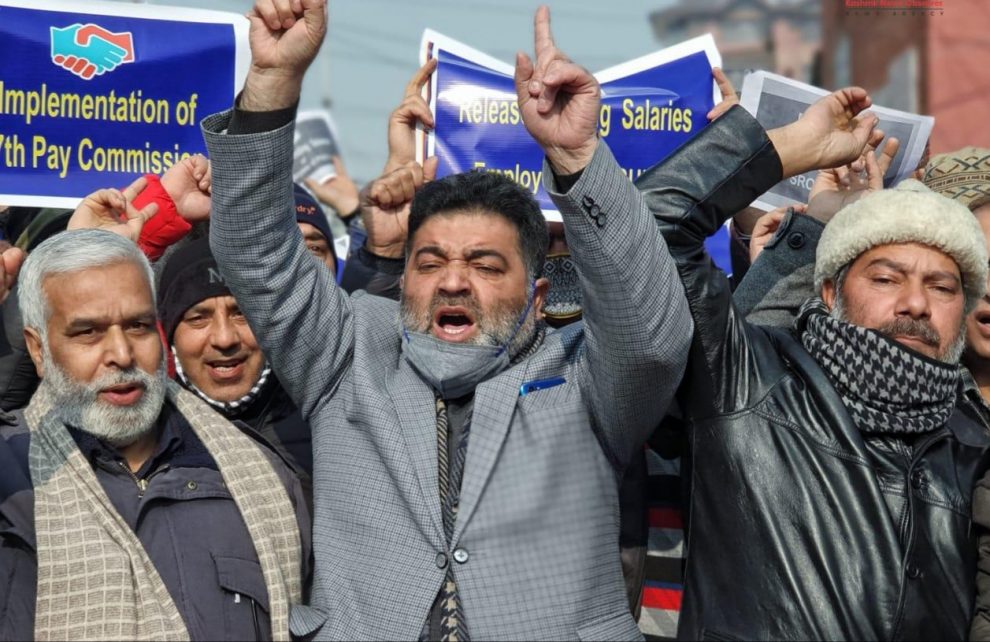 Srinagar, Jan 19: Scores of representatives of Jammu and Kashmir Public Sector Employees and Workers Federation Tuesday held a protest demonstration at Press Enclave Srinagar, stating that they are without salaries for the last several months.

They alleged that they are on the verge of starvation as their salaries are pending for the last several months and they do not have any resources to feed their families.

According to the news agency—Kashmir News Observer (KNO), federation president, Wajahat Hussain said that the representatives of all the PSUs, which are functional here, have assembled for a symbolic protest.

He said that when article 370 was abrogated, PM Modi announced on national television that all demands of employees will be fulfilled, however, they are still without salaries from the last several months, thereby forcing them to come out on roads.

“Government had made big promises but despite that, we are without salaries and are on the verge of starvation. These PSUs have been working as frontline warriors during the COVID-19, however, our salaries are not being released,” he said.

Wajahat said that their children and other family members are suffering as they don’t have any other resources to feed their families.

He said that they have lost patience now and if the government did not budge they will hit the roads and launch a massive agitation to seek justice for themselves.