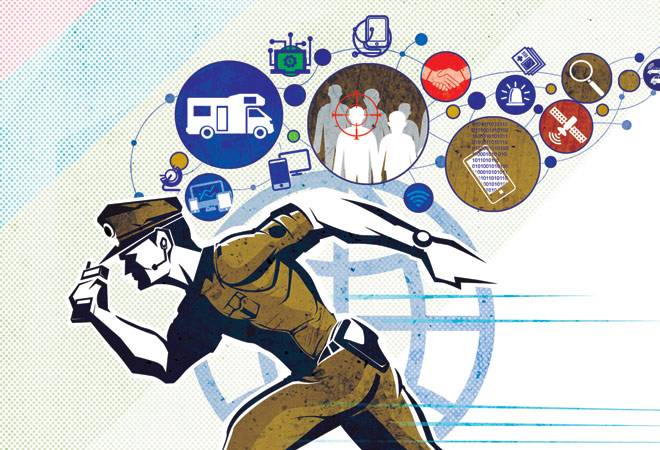 The Dispatch Staff
Add Comment
The perception score of strictness and good behaviour is part of survey conducted by independent think tank Indian Police Foundation (IPF). The survey also revealed that the Jammu and Kashmir is among 10 bottom States and Union Territories in a list of 29 in smart policing services index.

Jammu: With 5.71 points against the average score of 6.68, the Jammu and Kashmir policing featured at the bottom in a list of 29 states and Union Territories indicates perception score of strictness and good behaviour.

The perception score of strictness and good behaviour is part of survey conducted by independent think tank Indian Police Foundation (IPF). The survey also revealed that the Jammu and Kashmir is among 10 bottom States and Union Territories in a list of 29 in smart policing services index.

In the two-and-a-half-month survey conducted between July 1 and September and the findings of which were released recently, Jammu and Kashmir scored 6. 26 on overall smart policing index, calculated as aggregate of six competence-based indices, three value-based indices and the index of Citizens’ trust in police, on a scale one to ten with a score of ten being the highest level of satisfaction.

In perception score of helpful and friendly policing, J&K with a score of 6.21 was better than Madhya Pradesh, Rajasthan, Jharkhand , Nagaland , Chhattisgarh, Bihar , Punjab and Uttar Pradesh.

In index of public trust on police, J&K’s score of 6.51 against average of 6.86 was better than Rajasthan, Punjab, Maharashtra, Nagaland, Uttar Pradesh, Chhattisgarh and Bihar. In all the indices, Punjab’s smart score was less than the average score.

There was a total sample size of 1,61,192 and asymmetries were as wide as 300 respondents from Nagaland to as many as 64,095 in Andhra Pradesh. There were 1579 responses from Punjab accounting for 0.98 percent of total sample size. States and Union Territories such as Arunachal Pradesh, Manipur, Ladakh, Chandigarh, Lakshadweep and Dadra and Nagar Haveli were not included in the survey report as they returned less than 300 responses.

The survey report while listing some methodological concerns noted, “Asymmetries in sample sizes have been an area of concern. Resorting to a strategy of combining online and offline survey methodologies helped in obtaining a large sample size, with some minimum level of participation from the States and UTs.

However, in spite of our best efforts during the survey window of two and a half months, the numbers of responses have been drastically uneven across States. While the overall sample size (n=1,61,192) looked very impressive, the distribution of the samples has been very skewed, with some States having shown an unexpectedly large number of responses, while the participation from others remained disproportionately low. Comparing States with large sample sizes (Andhra Pradesh n=64,095 vis a vis Nagaland n=300) presented a challenge, although statistical tools exist for making such comparisons. Even within States and UTs, the district-wise distributions have not been even. However, we have not been able to locate any discernible correlation between internet penetration and online participation, because even some States with very high internet and smart phone penetration have returned fewer sample sizes”.

No reservation in promotions till SC verdict on Article 370?
What do you really think of Jammu and Kashmir Police?
Comment