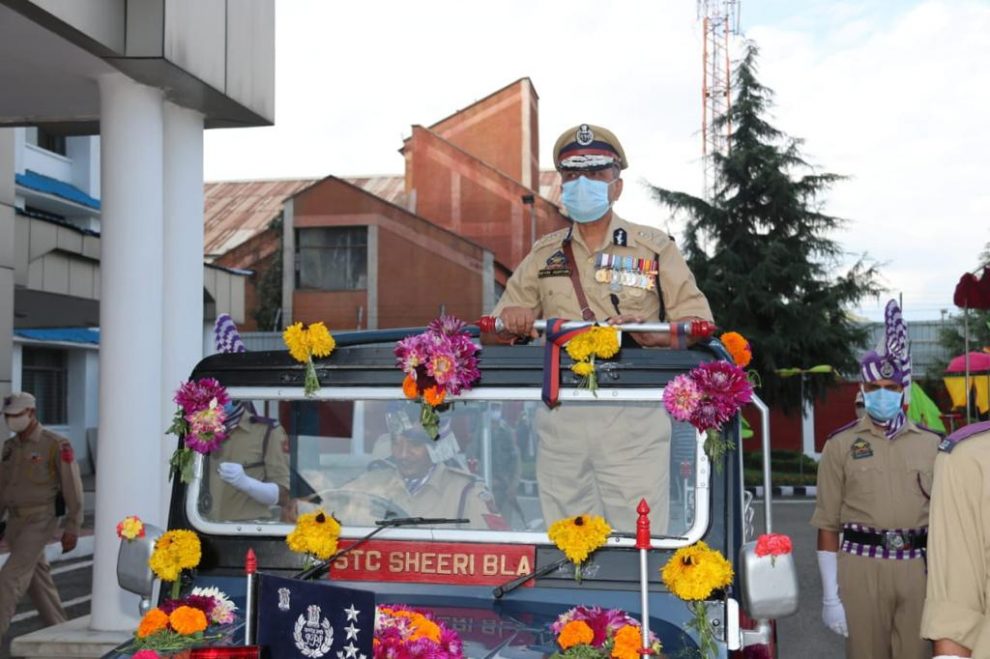 Officer worked with dedication throughout his career: Shri Dilbag Singh

Shri Navin Agarwal while speaking on the occasion thanked the DGP, J&K and other police officers for their love and cooperation in his service career. He said that he was proud to be a member of J&K Police. He said that during his services in Jammu and Kashmir, he witnessed the J&K Police force growing strength to strength and today is one of the best police forces of the country. He said that the J & K Police force is the most courageous, well equipped and gallant force of the country and added that under the command of DGP, Shri Dilbag Singh, the force is doing exceptionally well on different fronts. He wished good luck to the entire J&K Police Pariwar.

On the occasion, DGP J&K, Shri Dilbag Singh recalled the services of the retiring officer and said that the officer worked with dedication throughout his career. He said that Shri. Navin Agarwal was not only a brilliant officer but also a caring associate and hoped that his association with J&K Police would continue even after his retirement. DGP congratulated him for having a successful career and wished him health and blissful post retirement life.

ADGP, Headquarters, PHQ in his introductory speech said that he found Shri Agarwal a very calm, composed and graceful personality. He said that Shri Agarwal, the 1986 batch IPS officer of the AGMUT cadre shouldered significant assignments in various capacities and rendered unblemished services in the police organization for 35 years.

AIG, (Welfare/Communication) PHQ, Shri Manoj Kumar Pandit presented the vote of thanks on the occasion.