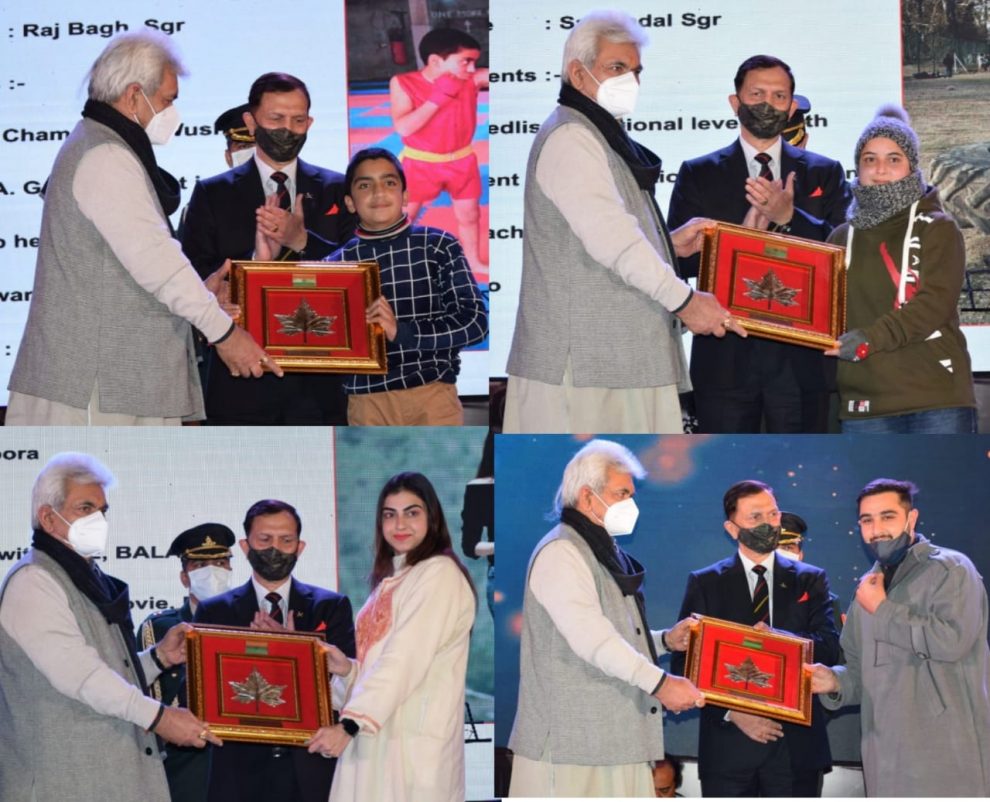 SRINAGAR, JANUARY 18: Lieutenant Governor Manoj Sinha today said that Jammu- Kashmir is an oasis of talent and asked the budding youngsters to come forward to reap maximum benefit from programmes like ‘SHAURYA’ to channelize their potential in the right direction.

The Lieutenant Governor observed this during J&K’s biggest talent hunt-cum-music concert show “SHAURYA”, which was organized here at SKICC by Army’s Northern Command to commemorate the martyrs of 1971.

The winners performed in an exciting fusion band with Sukhwinder Singh performed live at SKICC Auditorium in front of an enthralling gathering.

On the occasion, the Lieutenant Governor also felicitated young achievers of Kashmir valley who have performed in different fields.

‘Shaurya’ a musical talent hunt has been conceptualized by Mausiqui Studios with active support from the local administrations and renowned Bollywood celebrities and singers like Sukhwinder Singh.

The winners were chosen from more than 2000 calls and entries that were received till January 11 this month through a combination of online/WhatsApp submission and on-ground auditions at Jammu & Srinagar.

The winners will also be presented with prize money of Rs 5 lakh and Mausiqui Studios will provide support and platform for the band to create its music album and perform in top national and international events for three years, non-exclusive Plug-ins in various Bollywood & regional movies, albums, besides a special music video will be made on the band and released internationally.

Speaking on the occasion, singer Sukhwinder Singh, who has recorded songs across various genres and languages all over India, felt that it is the duty of everyone to work for the betterment of society and country, adding that he tries to play his part through his work.