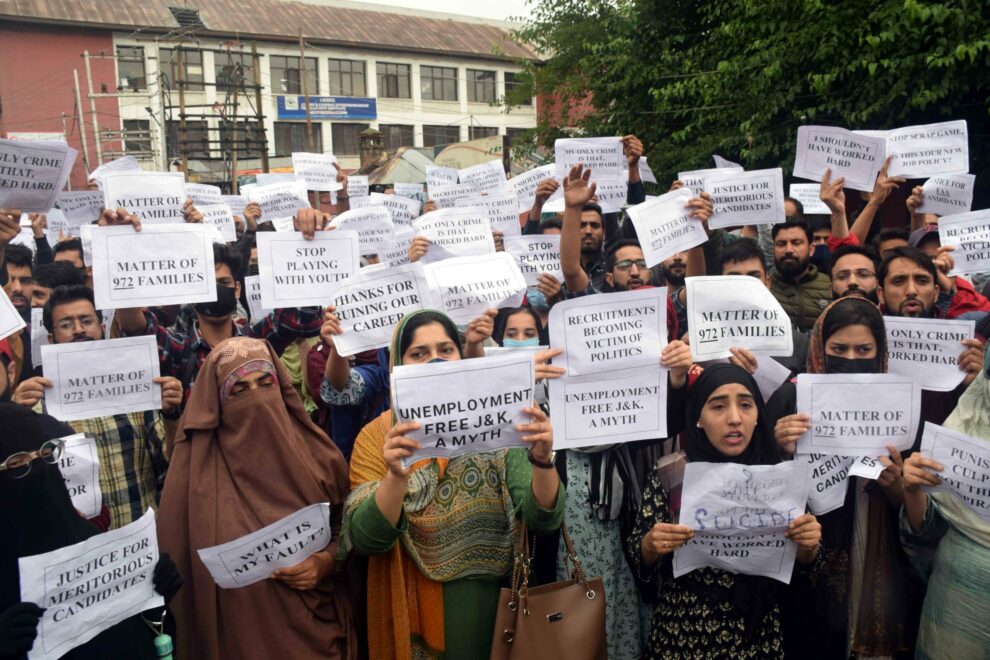 Since 2019, politically aware youth in Jammu and Kashmir are waiting for an elected government which brings change for them. The target of youth is to have better quality of life in their motherland through best governance practices. But their dream to have such a system is hanging in uncertainty. Post-Article 370 abrogation, situation of J&K would be judged in best terms when a political system is established here which improves the living standard, provides employment opportunities and corruption-free governance to all the people. In the past 3 years, politicians have kept themselves involved in issues which have not helped the youth in any way. This all has made the youth of J&K angry, and this anger is visible on their minds and on faces.

During the past two decades, frustration is boiling deep down the psyche of youth who fundamentally wanted better living conditions to end discrimination, neglect and challenging circumstances. The vote seekers turned into rulers as elections got over and youth and their aspirations were lost after the poll season. The youth felt cheated in J&K as democracy remained just a means to gain political power. The unemployed youth kept protesting and their genuine demands were ignored. The anger of the youth was clearly against the governance model led by the political leadership. The youth in urban and rural areas had many common issues which were struck in the bureaucratic delivery system.

In the last few decades, the country has grown and seen many reforms. This has always caught the fancy of J&K youth. And the engineers-doctors and other young people having professional degrees left Jammu and Kashmir to nurture their lives for greener pastures due to lack of job opportunities here. Further, the culture of guns killed and uprooted many. The radical ideology brought violence due to which unemployment went several times high. The growth of higher education here didn’t yield any results as there was a disconnect between the education and employment opportunities. The result was that the political and bureaucratic class became a self-serving class and youth suffered. This deep rot brought only miseries for young people at the hands of political and official class. Under such circumstances, corruption and back door appointments were promoted in the government departments. These all years the political class won elections to run a system in an environment which ignored people on a larger level.

After having seen all this, J&K now needs a statesman who could end all this as nothing much moved after 2019 for youth. The recent job recruitment scandals reflect that still corruption free governance is a dream for people living in Jammu and Kashmir. The political scene is still filled with such people who lack intellect to translate the above written youth aspirations. The question remains is – can someone navigate J&K’s youth to new heights? The J&K youth is waiting for someone in the political class who translates the aspirations of people beyond their personal ambitions. J&K needs a statesman whose thoughts, intellect and vision has a higher purpose and center of which is only the public cause. The only hope to get J&K youth out of the ‘aspirational crisis’ would be the next assembly elections in J&K. If these elections don’t translate into change, then hope continues!