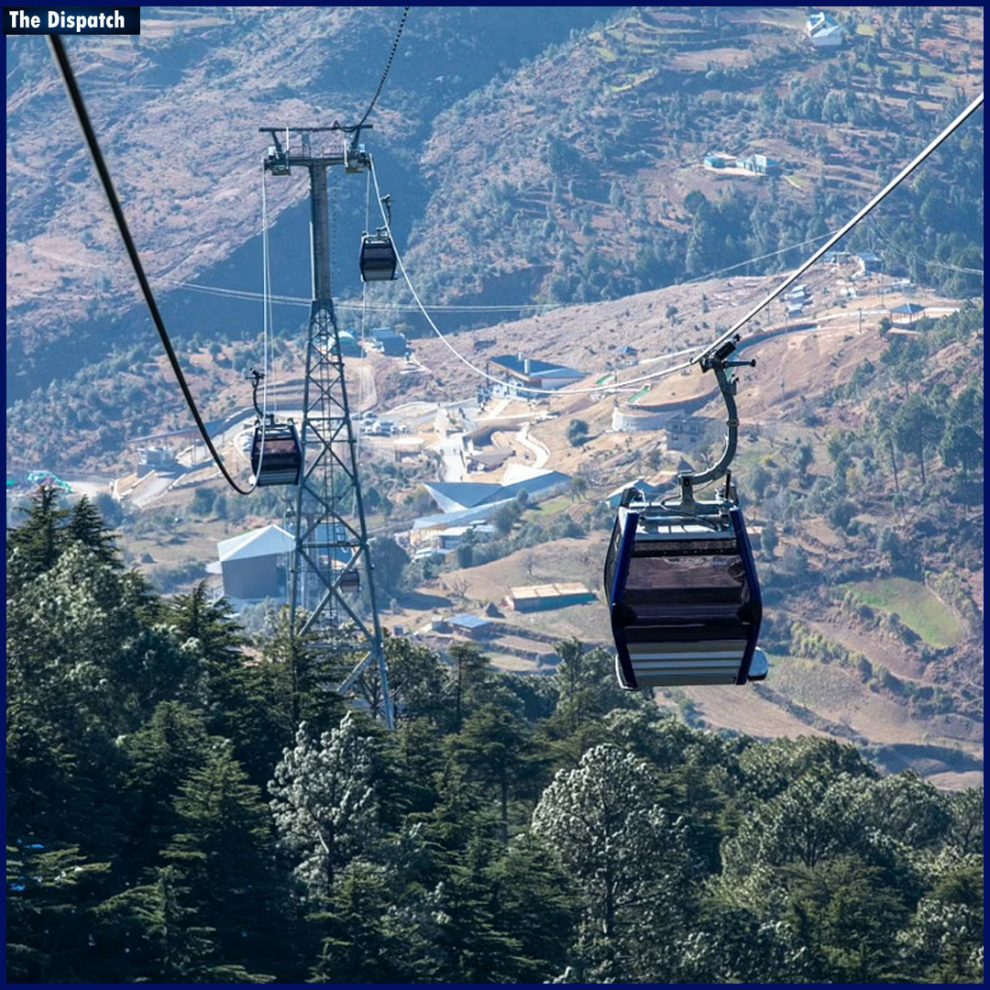 The Dispatch Staff
Add Comment
Sources added to implement the scheme, the Ministry of Road Transport & Highways has appointed the   National Highways Logistics Management Limited (NHLML) as a nodal agency.   '

Jammu: With an objective to boost tourism in rural areas as well as to facilitate local residents, the government is mulling to establish 20 more ropeway projects across Jammu and Kasmir.

Credible sources informed The Dispatch, “The discussions have been intensified at central level for ropeway projects. These ropeways will be constructed under Centrally Sponsored Scheme Parvatmala Scheme.

The scheme was launched by Union Finance Minister while representing the budget for 2022-23, to increase connectivity in hilly areas.

Sources added to implement the scheme, the Ministry of Road Transport & Highways has appointed the   National Highways Logistics Management Limited (NHLML) as a nodal agency.   ‘

“The NHLML is related with National Highway Authority of India (NHAI),” they added.  “In Jammu and Kashmir NHAI will work as nodal agency. The agency in consultation with Jammu and Kashmir will prepare Detail Project Reports (DPRs),” they said.

They added that DPR will be submitted to Ministry of Road Transport & Highways for approval and after the green signal the project will be executed.

“NHLML has received recommendations from Jammu and Kasmir government for setting up ropeways at 20 places. We have been exploring feasibility and will send to Union Ministry for approval,” an NHIA official told The Dispatch.

Also, Read | 50 MBBS students from AIIMS Rishikesh to be shifted Jammu this month

The scheme will be implemented using a PPP (Public-Private Partnership), which will be a preferable ecologically sustainable alternative to conventional roads in difficult hilly areas.