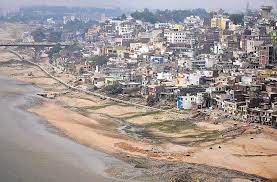 Jammu: The Jammu and Kashmir administration on Friday launched an online portal for granting permission for change of land use in master plan areas in the union territory.

In exercise of powers conferred by the Jammu and Kashmir Development Act, the housing and urban development department launched the portal for granting permission under the scheme for levy of charges for use of land as permitted in the master plan areas, officials said.

Permission for land use shall be granted strictly in accordance with permitted land use under such master plan or zonal plan, they said.

According to a order, the Jammu Development Authority (JDA) is the competent authority to grant the permission for change in land use and to levy charges in the entire local planning area of the Jammu Master Plan 2032, including the Jammu Municpal Corporation, municipal committees of Bari Brahamna, Vijaypur, Gho-Manhasan, Bishnah and rural areas falling in the master plan’s limits.

Any owner or his authorised person desirous of getting land use of his land changed to the one prescribed in the Jammu Master Plan 2032 irrespective of whether he intends to undertake construction immediately thereafter or later, can apply for this permission through www.jkhuddobps.in or through the JDA’s www.jda.jk.gov.in by clicking online building permission on e-services tab of the JDA’s website, the officials said.

The change of land use (CLU) shall be given for residential, industrial, public and semi public, commercial use as per land use permissible in Jammu Master Plan 2032 for that particular piece of land, they said.

Change of land use permission does not mean approval or sanction of building permission on the land, the order said.

CLU permission certificate cannot be used as a proof of title of ownership of the land as it is issued solely on the declaration of the applicant and entirely on his risk and responsibility, the order said.

The JDA reserves the right to withdraw and cancel the CLU permission attained on the basis of mis-representation and concealment of correct facts, at any time, it said.