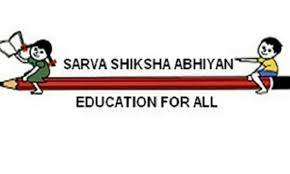 Jammu: With objective to improve infrastructure and strengthen the manpower,  the Jammu and Kashmir government has made a proposal of Rs 1600 cr to the Centre for the current fiscal year under Samagra Shiksha.

Official sources here said that under the Samagra Shiksha, the campaign to improve the structure of education in the Union Territory of Jammu and Kashmir will be expedited, adding, “for the financial year 2021-22, the Government has made a proposal of about Rs 1600 crores and sent it to the Centre, which yet to be approved.”

“It will be known only after approval about the money sanctioned,” sources said adding that the Project Director of Samagra Shiksha has already had a meeting with the Union Ministry of Education in which the proposal has been discussed.

“Still more meetings will be held before the proposal is finalized,” said an official adding that the proposal includes raising the status of schools, training of teachers, providing better facilities in schools, mid-day meal scheme, free uniforms, books, setting up computer labs and many other projects.

There is also a plan to rejuvenate four hundred schools in Jammu and Kashmir under the overall education, he added.

He further said that infrastructural facilities will be available in the schools including library, computer lab.

“The education department of Jammu and Kashmir had sent a proposal of Rs. 2400 crore to the central government for the year 2020-21 under the overall education,” he said adding that out of this, 1073 crore was approved and many of its projects are underway.

“Some projects have been delayed due to COVID pandemic, which included provision of providing uniforms and books to students free of cost,” an official added.

Due to the corona, children were given ration of mid-day meal, free uniforms, teachers were imparted online training. The State Council for Education, Research and Training has been formed on the lines of NCERT in Jammu and Kashmir.

“There is a drive to reduce drop outs by promoting education of girl students in remote and rural areas,” they said adding that under overall education development, Jammu and Kashmir has to spend only ten percent of its share. “The Center gives 90 percent of the money. Since Jammu and Kashmir has its own resources, schooling is being rejuvenated only by the funds received from the Center under the overall education program,” an official added.