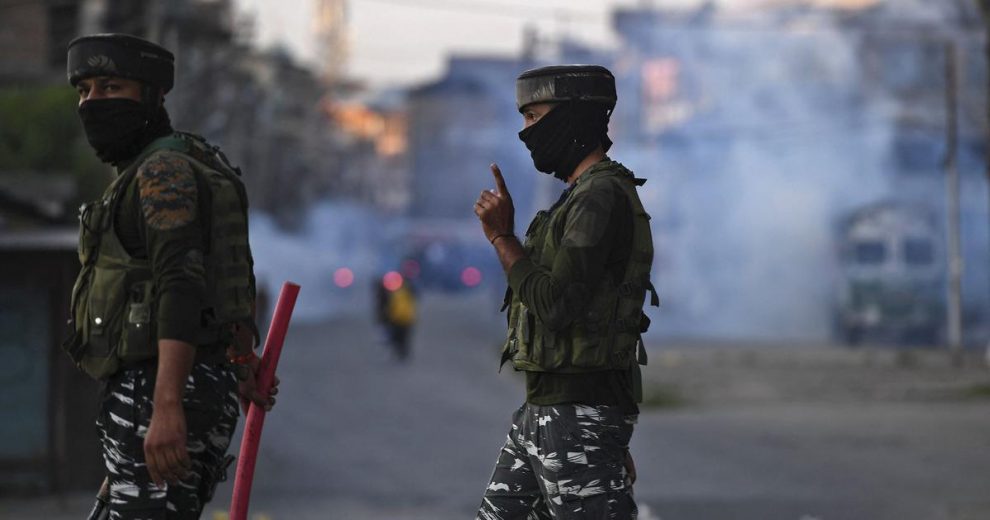 The Dispatch Staff
Add Comment
Moreover, the government has recently handed over five militancy-related cases including cash haul in Nagrota while it has registered some of the terror cases on its own for investigations.

Moreover, the government has recently handed over five militancy-related cases including cash haul in Nagrota while it has registered some of the terror cases on its own for investigations.

“The SIA has got major boost with transfer of five terror-related cases to it by the Jammu and Kashmir Police,” official sources said that the Government is yet to take a call on whether the cases registered with the Counter Intelligence (CI) will be handed over to the SIA or not.

However, no case registered by the NIA has been given to the SIA so far and there were indications that Jammu and Kashmir cases with the NIA will continue to be investigated by that Agency.

Jammu Police had arrested three couriers of militants and recovered around Rs 42 lakh cash from their possession at Nagrota on Jammu-Srinagar National Highway on November 16. The cash was being smuggled from Punjab to Kashmir and was to be used for terror funding,

“This case has also been handed over to the SIA for further investigations. Earlier, it was being investigated by Nagrota Police,” sources said.

Four more important cases pertaining to terror-activities and registered in the Kashmir valley have also been handed over/or are in the process of being handed over to the SIA by Jammu and Kashmir Police for investigations.

“A decision on whether to handover the cases registered by the Counter Intelligence Department to the SIA or not is yet to be taken. Presently, there is no clarity on this but the Government is expected to take the call shortly,” sources said.

Since the officers posted in the CID are heading the SIA, it is yet to be seen whether the CI cases will go to the SIA or not.

It may be mentioned here that Director General CID Rashmi Ranjan Swain is also head of the SIA while Atul Goel, DIG CID is Second-in-Command.

As per the sources, the Government has also approved significant strength of Jammu and Kashmir Police (JKP) personnel for transferring them to the SIA but the actual transfer will take some time in view of completion of the formalities.

“A number of police officers and lower ranks have already been shifted to the SIA while more personnel will be posted in the SIA shortly,” they said.

Besides the handed over cases, the SIA has also registered a couple of terror-related cases on its own and initiated investigations.

Sources said the SIA is being build in such a way that in future only rarest of rare cases will go to the NIA for investigations while rest will be taken up by the SIA.

Worthwhile to mention here that a special incentive at the rate of 25 percent of the basic pay will be paid to the employees who are posted in the SIA, the officials said.

“All the officers Incharge of the Police Stations shall mandatorily intimate the SIA immediately upon registration of terrorism related cases and also about the cases where any terrorism linkage surfaces during the investigation,” sources said, adding that in the cases where investigations is not taken up by the NIA, the DGP J&K shall determine in consultation with the SIA whether the case is fit to be investigated by the SIA and transfer investigation of such case at any point of time during the probe.

Gravity of the offence, progress of investigation and other relevant factors will be the determining factors for handing over cases to the SIA.

In the cases where investigation is not transferred to the SIA, the Government has asked the Police Headquarters to ensure that the SIA is kept informed about the progress of investigation at regular intervals, preferably on fortnightly basis.