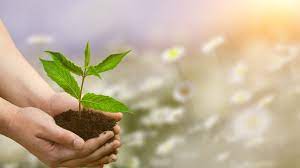 Commissioner Secretary Forests, Sanjeev Verma, informed this while chairing a meeting held here to review and finalize modalities regarding effective implementation of the plan.

It was decided in the meeting that plantation on degraded forests, Village Common Lands, State Lands and Panchayat lands shall be taken up with active participation of Gram Panchayats.  The officers were advised to educate the people through PRIs at district, block and panchayat level to fully participate in these plantation drives.

Meanwhile, the Social Forestry Department has also drawn up a plan under Farm Forestry Programme to provide different plant saplings to interested farmers and common people as well at subsidized rates. It was informed that the department which has played an important role in last couple of decades in raising plantations on vacant land across the length and breadth of Union Territory of Jammu and Kashmri shall take up plantation of 14.15 lakh saplings over 1802 hectare of area  in different districts of Jammu region. Similarly, the department shall undertake plantation of 10.35 lakh saplings over an area of 1192 hectare in different districts of Kashmir region during winter season.

It was further informed that a comprehensive plan has been chalked out by Social Forestry Department for Village Panchayats through Village Panchayat Plantation Committees (VPPC’s) regarding involvement of local people in taking up the plantations on common land, proprietary land, institutional land like schools, colleges, hospitals and different line departments.

Pertinently, the Government has recently decided that all activities of the department including Plantation and Management of Mature Plantations shall be taken up by VPPC’s within the jurisdiction of their respective panchayats.

The meeting was apprised that benefits like fodder, fuel and small timber shall flow free of cost to panchayats and 75% revenue to be obtained after final harvest shall be deposited in the VPPC’s account. The DDCs and BDCs are also taking active part in plantation drives of the department within their respective jurisdiction.

As per the directions of J&K Chief Secretary, the forest and allied departments have also drawn up a plan to utilize “MG-NREGA” funds for taking up plantation activities. This will go a long way in enhancing benefits of the plan for the people of the area and activities like protection of forests from forest fire and removal of weeds like lantana clearance shall be taken up under MG-NREGA.

Later, Commissioner Secretary reviewed construction and beautification works being done on Jammu Zoo and expressed satisfaction over the pace of progress on the project. He was informed that the project is expected to be completed soon.

It was also decided in the meeting to start VAN MAHAOTSAV programmes to formally launch plantation drives by involving local people, NGOs, Panchayat members and other stakeholders.