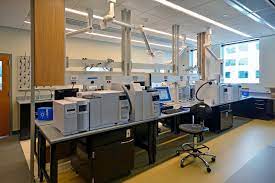 SRINAGAR: Jammu and Kashmir is all set to get a major boost to upgrade its existing forensic capability as Prime Minister Narendera Modi has approved a huge outlay to give a big push to the forensic science facilities in the UT. Primary focus will remain on improving testing capability to lessen the dependency on other states so that investigations remain time-bound and justice prevails.

Sources said that Prime Minister Modi approved the outlay under the Central Scheme for Modernisation of Forensic Capacities at Rs 20280. 50 Crore on February 13. “Of this Rs 18839 outlay has been approved for J&K and north east states,” sources privy to the development, said.

An official in the Ministry of Home Affairs (MHA) said J&K will get a major push from the Centre to raise its forensic science facilities. “The thrust on J&K is to upgrade its forensic science facilities by ensuring up to the mark testing facilities within the UT to lessen the dependency on other States especially Chandigarh and Delhi,” the official said, adding “the move will help reduce the time of investigations, curb crimes, arrest culprits, and ensure fair probe in a time-bound manner.”

The official said that J&K is all set to have “state-of- art forensic science facilities by 2025-26.”

The February 13 meeting in New Delhi also laid focus on upgrading all police stations and lacing the policemen with latest gadgets including vehicles. “All police stations in the J&K UT have been covered under CCTV connectivity while as all major towns and cities of the UT besides the highways too will see the installation of CCTVs under police modernisation program,” the official privy to the development said, adding that the scheme will remain in force will 2025-2026.

“Vehicles fitted with CCTVs, bullet-proof vehicles, latest weaponry, bullet-proof helmets, body cameras are what J&K police is all set to get by 2026,” the sources said—(KNO)