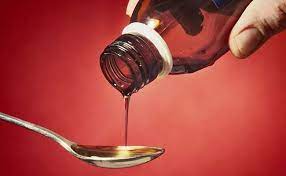 NEW DELHI: On the recommendations of the NHRC, the Jammu and Kashmir administration has paid Rs 36 lakh as relief to the relatives of 12 infants, who had died after consumption of “unchecked spurious cough syrup” in Udhampur, officials said on Friday.

The incident had happened in Ramnagar, Udhampur during December 2019 and January 2020, the National Human Rights Commission (NHRC) said.

The Commission had registered a case on the basis of a complaint dated April 30, 2020, it said in a statement. “On the recommendations of the National Human Rights Commission, the Jammu and Kashmir administration has finally paid the monetary relief of Rs 36 lakh to the next of kin of the 12 infants who had died after consuming a cough syrup which was subsequently found to be spurious,” it said.

Initially, in response to the notices of the Commission, the UT administration had maintained that “there was no scope for any complacency on the part of its Drugs Control Department: the manufacturing of quality drugs is primarily the responsibility of the manufacturing firm and the department had already lodged a formal complaint against it before the competent court of law,” the statement said.

“The Commission found the contention unacceptable and observed that there was no denial of the lapse in the case though the drugs department did not want to own responsibility.

“It observed that the department had failed to keep a regular vigil on the contamination and contents of the medicine sold within its jurisdiction and hence the state is vicariously liable for the negligence and for the payment of the monetary relief of Rs 3 lakh each to the next of kin of the deceased children,” the rights panel said.

Thereafter, the UT administration had responded that the monetary compensation shall remain subject to the outcome of the special leave petition pending before the Supreme Court, the statement said.

However, the compliance report, along with the proof of the payment of the recommended relief was submitted when the Commission reiterated its recommendations issuing a final reminder to the chief secretary, as well as the additional secretary, department of health and medication, UT of J-K to submit the report, failing which it will be constrained to invoke its coercive power under Section 13 of the PHR Act, 1993 calling for the personal appearance of the authority concerned before it, the panel added.

The J-K High Court had reportedly upheld the NHRC recommendations for payment of relief holding the UT administration “vicariously responsible” for the negligence when it challenged the Commission’s recommendations, the statement said. (PTI)

Army Major among 3 soldiers injured In mine blast along LoC
MeT forecasts light ‘late afternoon’ rain in 48 hours, another spell from May 3-5 in Kashmir
Comment