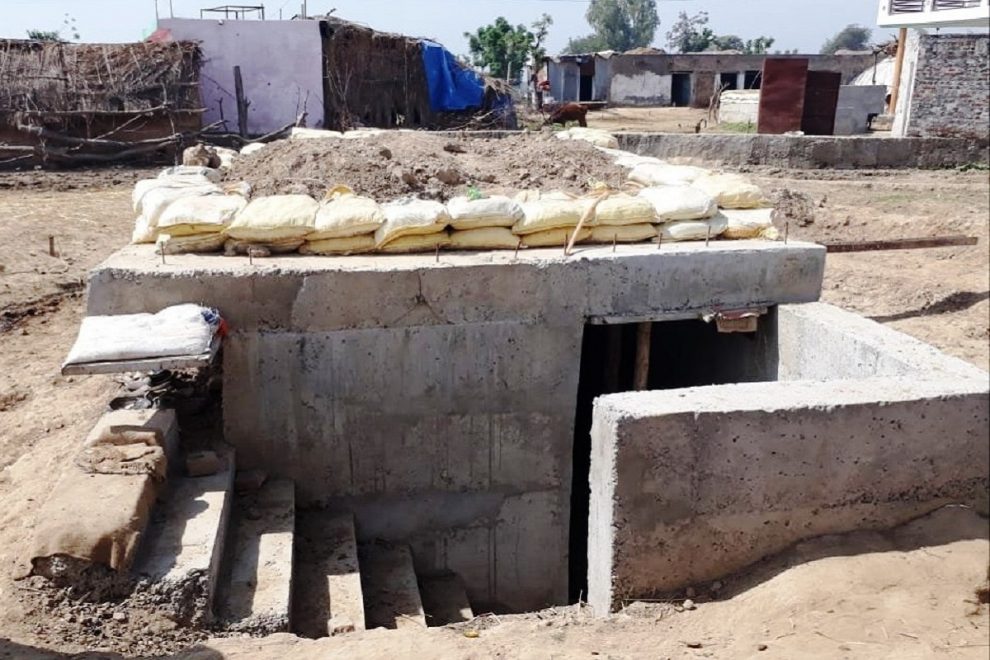 Srinagar: The administration of J&K Union Territory has expressed its displeasure over slow progress in construction of bunkers for protection of people living near the Line of Control and the International Border.

A record note of a meeting chaired by divisional commissioner Jammu Raghav Langar on June 5 reveals that the administration was dissatisfied over progress in construction of bunkers for border districts of Jammu province to protect them from cross-border shelling.

“The chair showed displeasure over slow pace of progress for construction of these bunkers and told that these bunkers must be completed in a time- bound manner. It was stressed upon all the district development commissioners to ensure the speedy construction of all the remaining/ ongoing bunkers so as to complete them at the earliest,” read the minutes of the meeting.

The meeting was also attended by DCs of Rajouri, Poonch, Jammu, Kathua and Samba districts.

The divisional commissioner, according to the record note, directed the DC to conduct weekly meetings with the executing agencies and monitor both the physical and financial progress for construction/ completion of ongoing and remaining bunkers.

They have also been directed to share detailed physical and financial progress about construction/ completion of the bunkers with the divisional commissioner’s office on monthly basis by or before 05 of every succeeding month.

The divisional commissioner Jammu also made it clear to participants that there will be no escalation of rates for completion of the ongoing/ pending bunkers.

“The chair emphasized that all ongoing/ pending bunkers are part of approved bunkers taken up for execution. The construction of these bunkers has been delayed due to slow progress by the executing agencies. The chair directed that there will be no escalation of rates for completion of these ongoing/ pending bunkers and, as such, be constructed and completed on previous approved/ fixed rates,” the record note reveals”