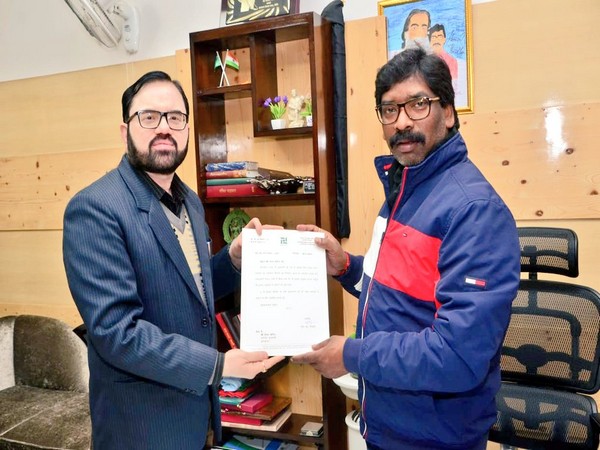 Jharkhand Chief Secretary DK Tiwari called on Chief Minister-designate Hemant Soren and handed him the invitation for the oath-taking ceremony to be held on December 29.Soren will be administered oath by Governor Draupadi Murmu on Sunday.”From my side, as per the protocol, Hemant Soren has been invited to take oath. Besides him, his family has also been invited,” Tiwari told media here.

When asked about the ministerial berths, Soren told media here, “It will happen. Let the oath ceremony take place… It is our responsibility to respect the people’s mandate.” He said that the cabinet meeting will take place on the same day.

Jharkhand Mukti Morcha (JMM) fought the election in alliance with Congress and Lalu Prasad’s Rashtriya Janta Dal (RJD) to win a comfortable majority with forty-seven seats in the 81-member house.While the JMM won 30 seats, Congress and RJD secured 16 and one seat in the recently concluded Assembly polls.