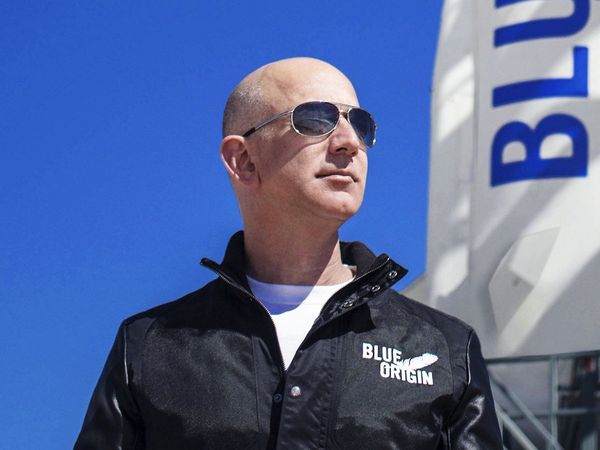 Amazon founder Jeff Bezos is all set to fly to the edge of space on his space travel company’s first flight with humans on board. He will become the second billionaire after Richard Branson to fly to space.

Apart from Bezos, three more persons will accompany him on the space trip. The Amazon founder’s brother, an 18-year-old student from the Netherlands and an 82-year-old female aviation pioneer from Texas will be on board the rocket.

The billionaire businessman is aiming for an altitude of roughly 106 kilometers, around 16 kilometers higher than Richard Branson’s flight on July 11.

Rocket on the pad!

The company confirmed that New Shepard rocket is on the pad. The launch team has completed vehicle rollout this morning and final preparations are underway.

Comparing its flight with Virgin Atlantic’s, Blue Origin had said that from the beginning, New Shepard was designed to fly above the Kármán line so none of its astronauts have an asterisk next to their name.

It stressed that for 96% of the world’s population, space begins 100 km up at the internationally recognized Kármán line.

Only 4% of the world recognizes a lower limit of 80 km or 50 miles as the beginning of space. New Shepard flies above both boundaries. One of the many benefits of flying with Blue Origin, it added.