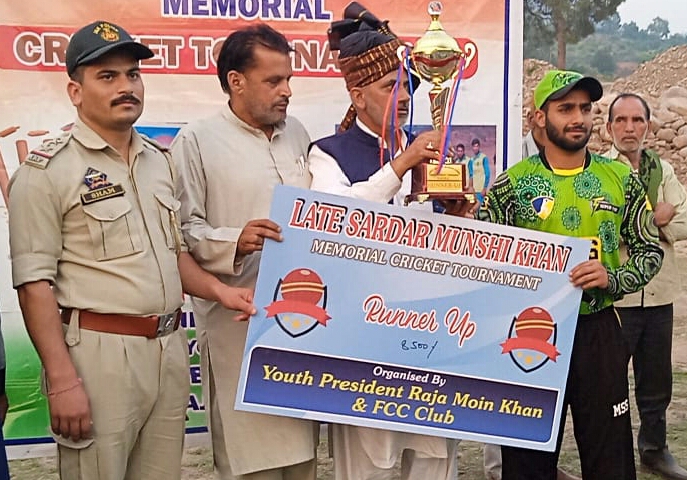 Youth president block mankote Raja Moin Khan was the coordinator of the tournament. Jatt XI won the toss and elected to bat first and set a target of 159 Runs over the loss of 7 wickets ,Farhad jatt made 62 runs, mohd afzal 24 runs.

Mendhar superstar in Reply of 159 runs over the loss of 7 wickets could score only 158 runs in which mohammad irfan made 42 runs, Rahies azam 32, shazad 32. In this way the match was ended with draw.

In the Superover, jatt XI chased the target score of 6 runs over the loss of only one wicket and won the match.