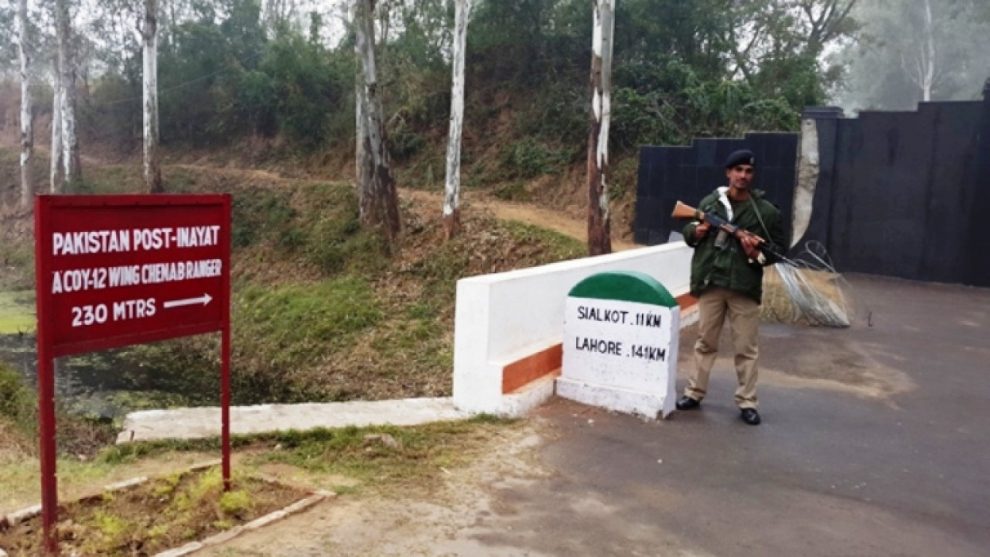 Ceremonial events to be held on Wagha border pattern

JAMMU, June 16: Exploring the tourism potential at International border RS Pura, the government in collaboration with border security force (BSF) is mulling to develop the place for tourists and make it a potential tourism circuit.

Authorities are also working on a model to start ceremonial events on the pattern of Wagha Border ceremony at the place.

Officials said that in order to give final shape to the tourism project, a high level team headed by Divisional Commissioner Jammu, Dr. Raghav Langer visited the areas of RS Pura and also held meetings with BSF officials.

They said that Gharana wetland known at the international level for migratory birds is also in the plans of authorities and some modalities are being worked out to make the place a tourist hub.

Besides, they said, the visiting team of officers held a meeting with BSF to chalk out a project for development of the Octroi border post point of RS Pura subdivision on the tourism line.

“Octroi border outpost is one of the famous and forward posts of BSF on the international border and is having a vast tourism potential,” officials said.

They further said that not only for tourist viewing, authorities are also planning to start ceremonial events of BSF at the place on the pattern of Wagha Border which will give the place international importance.

Divisional Commissioner Jammu, Dr. Raghav Langer while briefing media persons said that modalities for the tourism project are being worked out especially in association with BSF.

“Both Octroi IB post point and Gharana wetland have a vast tourism potential and we are working on a plan to bring these places on the tourism map,” Langar said—(KNO)