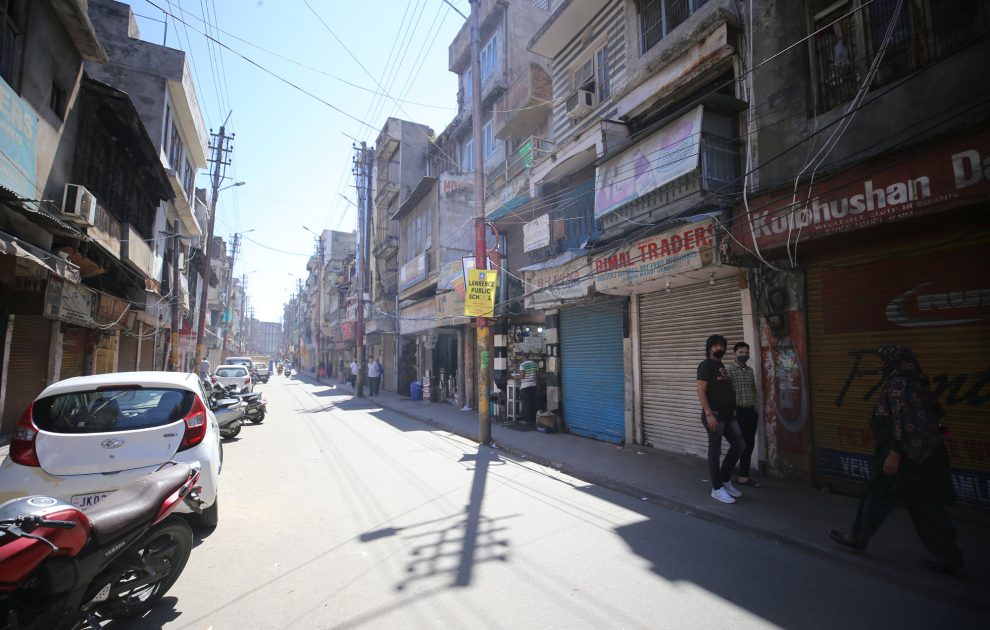 The Dispatch Staff
Add Comment
According to Arun Gupta President Chamber of Commerce , traders incurred a loss of about Rs 1,500 crore in the second lockdown that was imposed in April, this year.

Jammu: Traders from the Jammu region have appealed to the administration for help stating that they are witnessing substantial losses due to the lockdown which was imposed in the second wave of COVID-19.

“At least, the rents should be done away with. The interest rate should not be charged for 3-4 months. People must also be relieved from paying the electricity bills. This will help bring relief to many traders. The government must also provide support to people associated with the tourism sector,” he said.

According to Gupta, traders incurred a loss of about Rs 1,500 crore in the second lockdown that was imposed in April, this year.

“Last year in March, when the first lockdown was imposed, traders incurred a loss of about Rs 4,000 crore, when the markets were closed for almost six months. In the second wave of the pandemic, when the lockdown lasted for over a month, traders incurred a loss of approximately Rs 1,500 crore. The tourism and trade industry were worst hit due to the lockdown in the second wave of Covid-19,” Gupta said.

Deepak Gupta, President of Traders Federation, Jammu echoed a similar opinion. Speaking to ANI, he said, “The government should announce some special package so that the traders who have dealt with huge losses can get some relief.”

A trader in Jammu, Ram Ratan Gupta, stressed that the small shopkeepers have also been affected.

“A lot of loss has been incurred. Small shop owners must also be given relief packages as they were greatly affected in the second lockdown. The interest rate on our loans and rent of the shop should be included in a relief package,” he said.

Earlier in May, the administration had started relaxing Covid restrictions in the union territory as the spread of the infection slowed. On June 13, more norms were eased in eight districts including Ramban, Reasi, Poonch, Doda, Shopian, Kulgam, Ganderbal, and Bandipora.

Jammu and Kashmir has currently 12,407 active cases, whereas the cumulative recoveries reached 2,92,114. The death toll climbed to 4,205, as per the data of the Ministry of Health and Family Welfare (MoHFW).