Jammu: In an embarrassing situation, Jammu and Srinagar have failed to bag any position in India Smart Cities Awards Contest conducted by the Union Ministry of Housing and Urban Affairs and the results of which were announced recently. However, several cities which were selected under Smart Cities Mission either along with two cities of Jammu and Kashmir or thereafter have performed well on certain important parameters.

As per the document of the Union Ministry of Housing and Urban Affairs, ,India Smart Cities Awards Contest, an annual competition among 100 Smart Cities, was launched in the year 2018 to reward innovative ideas and projects being implemented by them.

Two other award categories were introduced to award States/Union Territories who have demonstrated leadership in spreading the learning of the Mission beyond the Mission Cities.

However, Jammu and Srinagar Smart Cities have failed to emerge winner in any of the 10 sub-categories of Project Award which means that Union Ministry of Housing and Urban Development is not satisfied with the performance on any of these aspects.

On the other side, several cities which were selected under Smart Cities Mission either with Jammu and Srinagar in the 4th round of selection or in the 5th round have performed well as far as 10 sub-categories of Project Award are concerned. These cities are Erode (one of the three winners under Built Environment sub-category), Dehradun (joint of winner under Smart Water Services) and Saharanpur (winner of COVID Innovation Award).

Even under Best City Award, both Srinagar and Jammu have failed to emerge winner while as Sagar and Erode cities, which were selected in the 4th and 5th round of selection have bagged awards. Similar is the fate of Jammu and Srinagar under Smart Cities Leadership Award.

As per the document of Union Ministry of Housing and Urban Affairs, only Srinagar has developed and operationalized Integrated Command and Control Centre while as in respect of Jammu the same is yet to be established.

It is pertinent to mention here that Integrated Command and Control Centers are envisaged to be the brain for city operation, exception handling and disaster management. The sensors and edge devices will capture and generate real time data from various utilities such as water, waste management, energy, mobility, the built environment, education, healthcare and safety.

Moreover, Integrated Command Control Centre reduces the complexity of dealing with multiple systems/application in different technologies using different platform by integrating them to common platform to leverage the intelligence for making informed decisions.

According to the document, the Climate Smart Cities Assessment Framework (CSCAF) was launched in 2019 as a mechanism to assess the state of and strengthen climate-sensitive development practices in the cities. An annual assessment of cities on climate-related parameters is an important sub-component of the Framework.

As per the results, Jammu has been given overall rating of “1 Star” while as Srinagar has bagged “2 Star” rating, which as per the independent observers, is not much on the positive side. “There is dire need to expedite the action on all the parameters fixed by the Union Ministry of Housing and Urban Affairs under Smart Cities Mission so that in next round of India Smart Cities Awards Contest the Jammu and Srinagar achieve some good results”, they said. 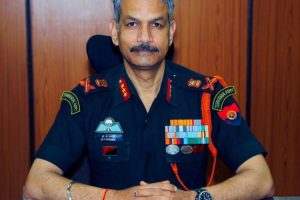