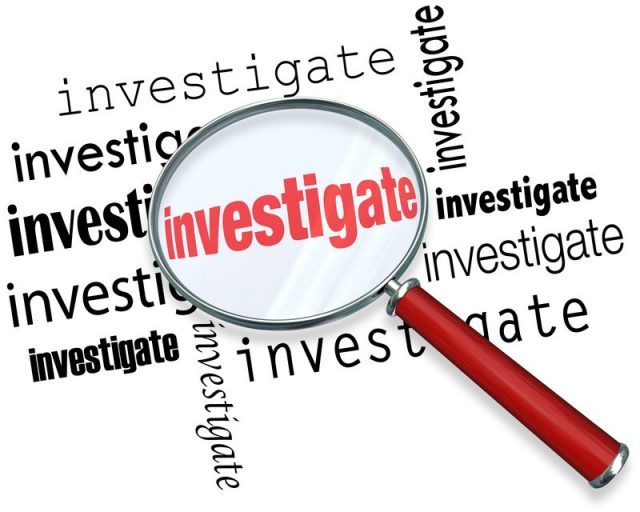 Jammu, Nov 1: Directorate of Jammu School Education has constituted a five-member committee to investigate fake transfers of two “self-styled” lecturers fraudulently and the report will be submitted in a week’s time to the concerned authority.

Official sources in the Directorate of School Education, Jammu alleged that an utter case of fraud was detected by the Director Anuradha Gupta wherein it was found that two transfer orders were issued last year under the seal and signature of MH Mir, Special Secretary to the Government School Education Department, with dates June 7, 2019, and June 4, 2019, but, the officer under whose seal and signatures, the orders had been issued, had attained superannuation on May 31, 2019.

Sources said that though the case is also being investigated by the Crime Branch Jammu on a complaint lodged with them but the Directorate of School Education, has also personally taken up the investigation and found some startling revelations.

“During the preliminary enquiry, it was revealed that the concerned principals without any endorsement of the order either by the Directorate or by the CEO concerned, allowed the lecturers to join in the respective schools thereby benefiting them under the umbrella of well hatched criminal conspiracy,” said sources.

The lecturers, sources, however, said that they were placed under suspension with direction to report to their previous place of posting as shown in the transfer orders; and the Senior Superintendent of Police, Crime Branch, Jammu was also requested for in-depth inquiry into the matter.

“After verification of the dispatch register it was established that the order was fake and had been manipulated by the unscrupulous elements by creating a fake e-mail ID, following which the Station House Officer, Police Station Domana was requested to lodge an FIR for suitable action as warranted under the law to be taken against the fraudsters,” they added.

Whereas official sources said that the Joint Director, Education Department, Doda/Kishtwar/Ramban Range, Headquarter, Doda was appointed as Enquiry Officer to enquire into the complaint and in his report, he stated that during his visit to HSS Jakyas neither the school Principal nor Arfat Ahmed, Lecturer, Computer Science were present in the institution, and as per the statement of the staff the Principal had gone to home in Jammu when the first lockdown commenced during the third week of March 2020 and the Lecturer is in Jammu since then.

Director School Education, Ms Anuradha Gupta when contacted, here confirmed to UNI about the fake transfers fraud and said, “we have collected records pertaining to the ‘so-called’ lecturer and it was revealed that actually he was never appointed as Lecturer in the Department of School Education and had manipulated entry into the department through forged and fraudulent means, the Administrative Department was accordingly informed.”

The revelations were also endorsed to the SSP Crime Branch Jammu along with the documents, she said and added that it has also come to the notice that one Saleema Bano has impersonated herself as lie Principal by submitting forged documents to Principal Higher Secondary School, Chilly, Doda and managed to withdraw an amount of Rs 740118.

“There is an apprehension that Arfat Ahmed who is actually an impersonator, has committed such frauds also in other schools of District Doda as well and there could be a deep-rooted mafia involved in similar crimes. The outcome of the investigation by the Crime Branch is awaited but we have again approached crime branch with the request to arrest the fraudster immediately, said the Director.

Ms Gupta added that a Committee has been constituted to conduct an in-depth enquiry into the matter relating to the production of forged documents by Arfat Ahmed before the DDO of HSS Bharath (Doda) and subsequent drawal of salary and other emoluments in his favour by Ayaz Mughal, DEPO Doda, also holding the DDO Powers of HSS Bharth Dada without verifying the authenticity and genuineness of the documents despite repeated directions and circular guidelines not to entertain any official order if is not received through official email of the directorate or if not uploaded on the official website. All departmental DDOs are also under directions to keep updating their employee database regularly.

The committee shall also look into the entire record of all the Schools of District Doda and submit its report along with specific comments/recommendations within a week’s time positively, she added.

The committee shall remain stationed at Headquarter Doda for the purpose and is headed by Roshan Lal (KAS) as Chairman and having Harbans Lal (KAS), Lal Hussain, Principal DIET, Doda, Krishan Chander Khajuria, HOD DIET, Kud and Sudesh Kumar Raina, HOD DIET, Doda as its Members, the Director added.