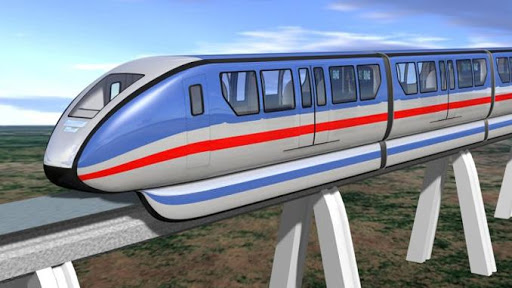 The Managing Director, MRTC briefed the Div Com that the project formulation has got expedited on the directions of the office of Hon’ble Lieutenant Governor.

The MD gave a detailed powerpoint presentation and apprised the Div Com that in October 2016, a memorandum of agreement was signed between RITES Limited and Government of Jammu and Kashmir through JK ERA for techno economic services and formulation of DPRs for MRTS in capital cities of Jammu and Srinagar.

The RITES submitted the DPR of Light Metro in 2020 which was approved by the Administrative Council and was then submitted to the Ministry of Housing and Urban Affairs (MoHUA) Government of India for its approval and funding.

However, the Ministry of Housing and Urban Affairs (MoHUA) has raised some observations on the PHPDT figures and feasibility of the Light Rail Metro system in view of the economic viability. Following which, the RITES Ltd shared a revised DPR and recommended Metrolite instead of Light Rail Metro.

The main objectives of the Metrolite are to optimize the mobility pattern of people and goods rather than of vehicles, to focus on the improvement and promotion of public transport, to provide a recognized and effective platform for integrating land use and transport planning, a low carbon mobility growth scenario for the city.

It was informed that the Jammu Metrolite Rail System will have a 23-kilometer length with 22 stations between Bantalab and Bari Brahmana Station.

Pertinently, no major land acquisition shall be required for the metro train service in Jammu as according to the DPR prepared the whole track will be Elevated over the existing roads.

The concerned officers also gave a powerpoint presentation on the alignment of the first phase, stations, metrolite specifications and other components. It was informed that each station area will emerge as a major market hub in future.

It was informed  that the elevated metro rail system will not only facilitate the people but also have a positive impact on the economy and quality of life.

The Divisional Commissioner directed the Jammu Mass Rapid Transit Corporation to hold a meeting with all concerned departments especially NHAI/Army/Railways/R&B/PDD/ERA for discussing the alignment of the metrolite as there are other major development projects coming up like Jammu Katra Express Highway, expansion of Jammu railway station, flyovers etc.

He also suggested early appointment of interim consultants for the project. Once the revised DPR gets approved, the project shall be submitted to GoI for freezing the funding model.