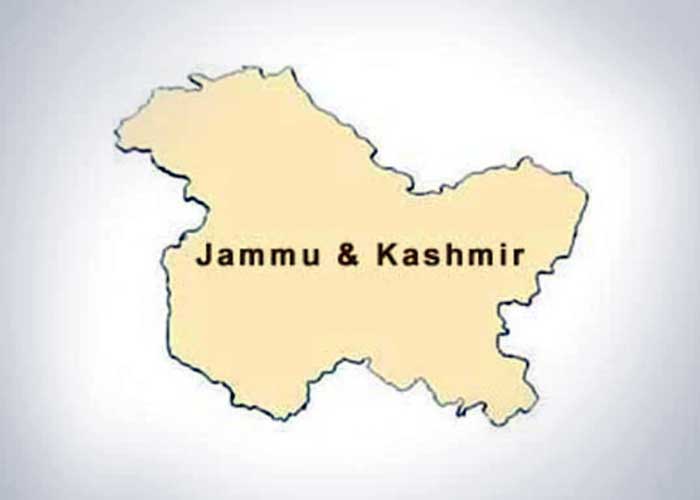 The state of Jammu and Kashmir came into existence in 1846. It consists of three cultural zones, Jammu, Kashmir and Ladakh. But before the formation of the state these regions represented various types of political identities. It is known that the modern Jammu region was divided into twenty two principalities. The major states of Jammu region were Jammu, Mankot, Jasrota, Lakhanpur, Samba, Bhau, Bhoti, Chanehni, Bandralta, Kishtwar, Rajouri, Punch, Bhimbher and Khari-Khariyali etc. These states of Jammu region were ruled by the Rajputs belonging to both the Hindu and Muslim communities. Raja Ranjit Dev (1733-82) was only the king of Jammu who tried to bring all these states under his control through the conquests. Otherwise, fragmented political authority was the dominant trend of Jammu region upto the early 19th century. Similarly, Kashmir was a separate political entity. Though in 1586 it was annexed to the Mughal empire by the Mughal emperor Jalal-ud-din Akbar (1556-1605), socio-politically it maintained its identity. In 1753 Mughal rule came to an end in Kashmir and it was replaced by the Afghan rule. The Afghans ruled Kashmir for about 66 years (1753-1819). The modern Ladakh region was also divided into several principalities. Lahchen and Namgyal were the major dynasties which ruled major parts of Ladakh.

In 1845 the British forces attacked Punjab and first Anglo-Punjab war was fought. The British defeated the army of Lahore Darbar and compelled its ruler Dalip Singh to sign a treaty. Raja Gulab Singh plalyed a vital role in signing the treaty between Maharaja Dalip Singh and British on March 9, 1846. It is called treaty of Lahore. According to one of the clauses of the treaty, Maharaja Dalip Singh accepted Gulab Singh as an independent sovereign. Afterwards, British Viceroy Hardinge devised a plan to hand over Kashmir and other hill territories to Gulab Singh on the condition of payment of war idemnity. Consequently, on March 15, 1846 the British governent conferred the title of the Maharaja on Raja Gulab Singh and on March 16, 1846 signed a treaty with Maharaja Gulab Singh. It is called the treaty of Amritsar. According to the treaty, British agreed to hand over Kashmir and other hill territories to Maharaja on the condition of the payment of Rupees seventy five lakhs as war idemnity to the British. Maharaja Gulab Singh accepted the condition and received Kashmir. Though Maharaja Gulab Singh paid Rupees seventy five lakhs to British in lieu of Kashmir, he did not acquire independent position . He remained as a tributary of the British Government. The treaty of Amritsar consists of ten articles. According to the Article 10, “Maharaja acknowledges the supermacy of of the British Government, and will, in token of such supermacy, present annually to the British government one horse, twelve perfect shawls goats of approved breed (six male and six female) and three pairs of Kashmiri shawls”. (S.D.S. Charak (Tr.), Gulabnama, Delhi, 1977, p.422). Thus the through the payment of seventy five rupees Maharaja Gulab Singh did not purchase Kashmir from the British Government. But he paid the amount as war idemnity and occupied Kashmir as a tributary power of the British India.

Dhok: A peek into history and culture of highland pastures of Jammu and Kashmir
How Poonch was saved for India