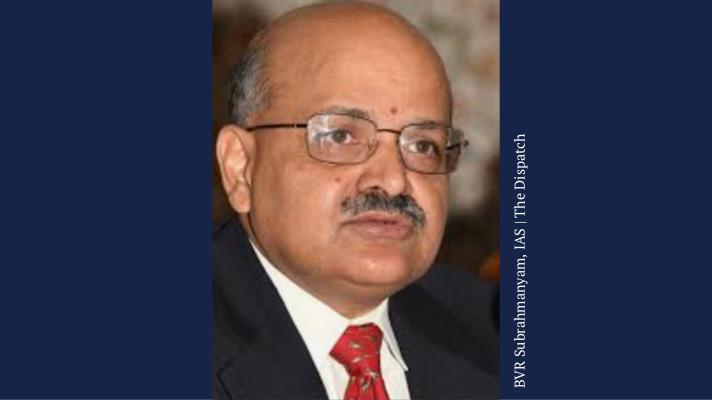 Jammu and Kashmir is set to get a new Chief Secretary any moment now as the incumbent BVR Subrahmanyam has been posted out to the Center.

Chhatisgarh IAS officer of 1987 batch Subrahmanyam had joined in Jammu and Kashmir on June 21, 2019, and was soon after appointed as Chief Secretary. He had replaced the then incumbent Bharat Bhushan Vyas who was subsequently appointed as Advisor to the then Governor NN Vohra.

Before his deputation to Jammu and Kashmir, BVR Subrahmanyam was the Additional Chief Secretary (Home) in Chhatisgarh. He has the privilege of having worked as a Private Secretary to two Prime Ministers –Manmohan Singh and Narendra Modi.

The Appointment Committee of the Cabinet on Thursday appointed Subrahmanyam as Officer on Special Duty in the Ministry of Commerce in anticipation of joining as Commerce Secretary to the Government of India. He will join as Commerce Secretary upon the retirement on superannuation of the current incumbent Anup Wadhawan on June 30.

Join The Dispatch Whatsapp Group to stay updated
The Dispatch is present across a number of social media platforms. Subscribe to our YouTube channel for exciting videos; join us on Facebook, Intagram and Twitter for quick updates and discussions. We are also available on the Telegram. Follow us on Pinterest for thousands of pictures and graphics. We care to respond to text messages on WhatsApp at 8082480136 [No calls accepted]. To contribute an article or pitch a story idea, write to us at [email protected] |Click to know more about The Dispatch, our standards and policies
TagsBVR Subrahmanyam Jammu and Kashmir