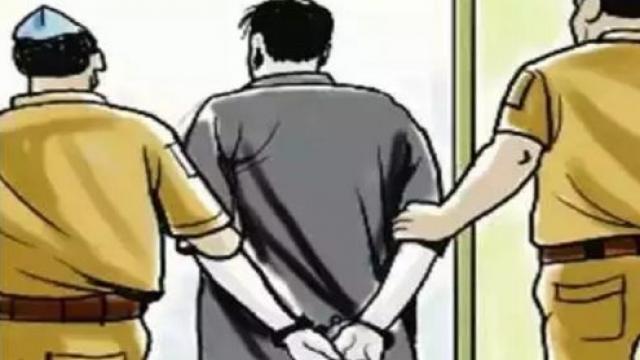 Jammu, Aug 13: Jammu Cyber Police have arrested a man for sending obscene pictures to a lady on Facebook from a fake account that was being operated by him in the name of a woman.

Superintendent of Police, Operations and In-charge Cyber Cell, Naresh Singh here said that a written complaint was received at Cyber PS Jammu from a lady, resident of Jammu that one unknown Facebook profile with a female nomenclature became friend with her.

Soon after becoming friend, the handler confessed that he was male and started sending vulgar comments, obscene pictures on her Facebook messenger, the complainant alleged.

Based on the complaint, a case was registered at Cyber Police Station, Jammu and the investigation started.

“During the course of an investigation the data (both electronic and physical) was collected and analysed,” said the SP adding that based on the evidences, the Investigating Officer zeroed down one suspect namely Ramesh Kumar of Khour Deonian, Miran Sahib, Jammu and he was summoned for questioning at Cyber Police Station Jammu.

“The suspect confessed to the crime and was arrested in the instant case”, said police officer, adding that further investigation into the case is in process.

“During the investigation, it has surfaced that the accused used to send similar friend requests and obscene pictures to multiple Facebook users,” he added.

SSP Jammu Shridhar Patil has requested the public to be aware and not to get trapped in the fake and false propaganda on social media, fake lotteries, fake shopping sites, OLX frauds etc.