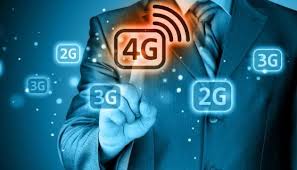 After remaining suspended for 18 months, the high speed mobile data services have been restored in Jammu and Kashmir, bringing respite to people affected by the ban, especially students, working professionals and business community. The services were suspended on August 5, 2019 when the central government abrogated the special status of J&K and bifurcated the erstwhile State into two Union Territories. The 2G service on mobile phones was restored across J&K in January 2020.

The high speed mobile data services were restored in twin J&K districts including Ganderbal in Kashmir and Udhampur in Jammu division on a trial basis on August 16, 2020, as part of calibrated easing of restrictions. However, the ban continued on the high-speed Internet in the rest of the Union Territory with the authorities citing misuse of the Internet by the terrorists. An order issued by the Principal Secretary (Home) said that the pre-paid SIM card holder will be given access to internet connectivity only after verification as per norms applicable to postpaid connections.

Welcoming the decision, the traders termed the government announcement as a good step. They said that they have suffered a lot due to the suspension of the services and fast internet services will help the traders, tourism sector and others as it will facilitate economic recovery and ease their work. The students also expressed their happiness over the restoration of high speed mobile data services, saying they faced several hardships due to the suspension of high-speed internet and its restoration has come as a big relief to access online education, particularly in times of Covid.

The Lieutenant Governor of J&K Manoj Sinha has thanked the Prime Minister and Home Minister for restoring 4G services in the entire J&K, saying the move will fulfil the aspirations of the people, particularly the youth. Former chief minister and National Conference (NC) Vice President Omar Abdullah while reacting to the announcement said it is better late than never.