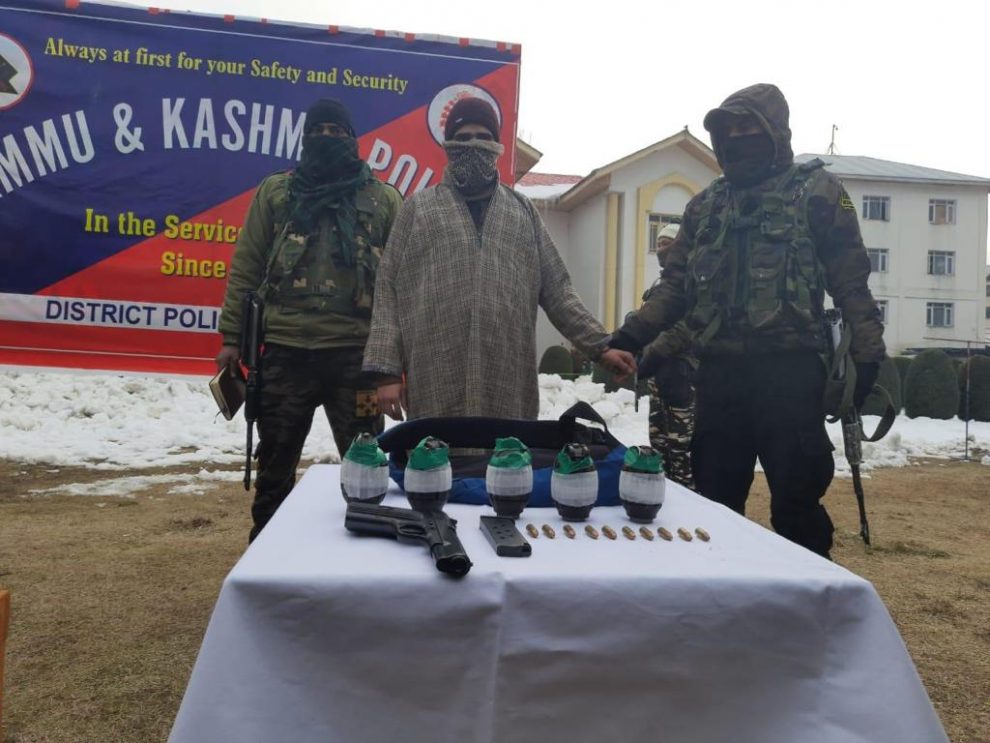 A police official told that a newly recruited militant identified as Imtiyaz Ahmad Khan son of Fayaz Ahmad Khan, a resident of Panzigam village of Bandipora, was arrested during a ‘naka’ checking laid on in Putushay area of Bandipora on Thursday.

He said a pistol, five grenades and some incriminating material were recovered from his possession.

Khan had reportedly joined militant ranks in recently this year.

“Earlier, on Tuesday the said militant taking the advantage of darkness, gave slip to the forces and managed to escape from a CASO which was laid down by Bandipora and Sopore Police along with other forces at Adipora Sopore,” he added.

Meanwhile, A case under relevant sections of law has been registered in police station Bandipora and investigation has been taken up.