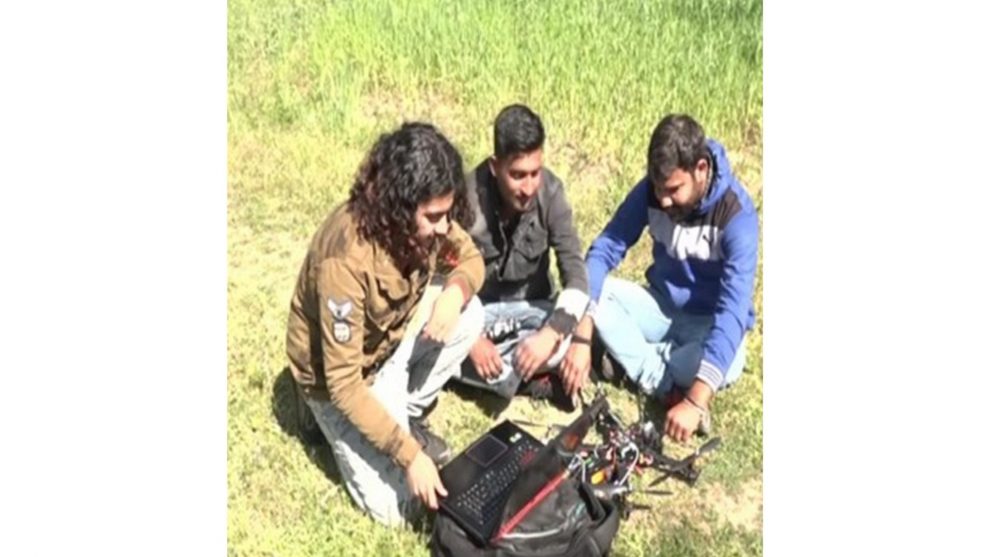 A resident of Jammu and Kashmir’s Udhampur has developed a ‘drone device’ for farmers to improve yield using Artificial Intelligence and IoT sensors with an aim to modernise the agriculture sector.
Umang Kalra, who is a final year student of computer science at Pune, developed a drone and using that with the help of AI and IoT sensors, it can detect the problems in farms.

“Farmers face loss as they sometimes are unable to understand the problems in their field,” the developer Umang Kalra told ANI.
Kalra said that earlier he developed many prototypes of such technology with his college batchmate.
“We discussed farmers’ problems and then I came with this affordable technology. It can help check moisture content, use of fertilizer and even predict yield,” Kalra said.

“The farmers will be motivated as this can increase their yield,” he added.
The drone captures the images of the field and the AI and IoT sensors detect problems such as the area with less moisture or the amount of pesticides to be used in the field.