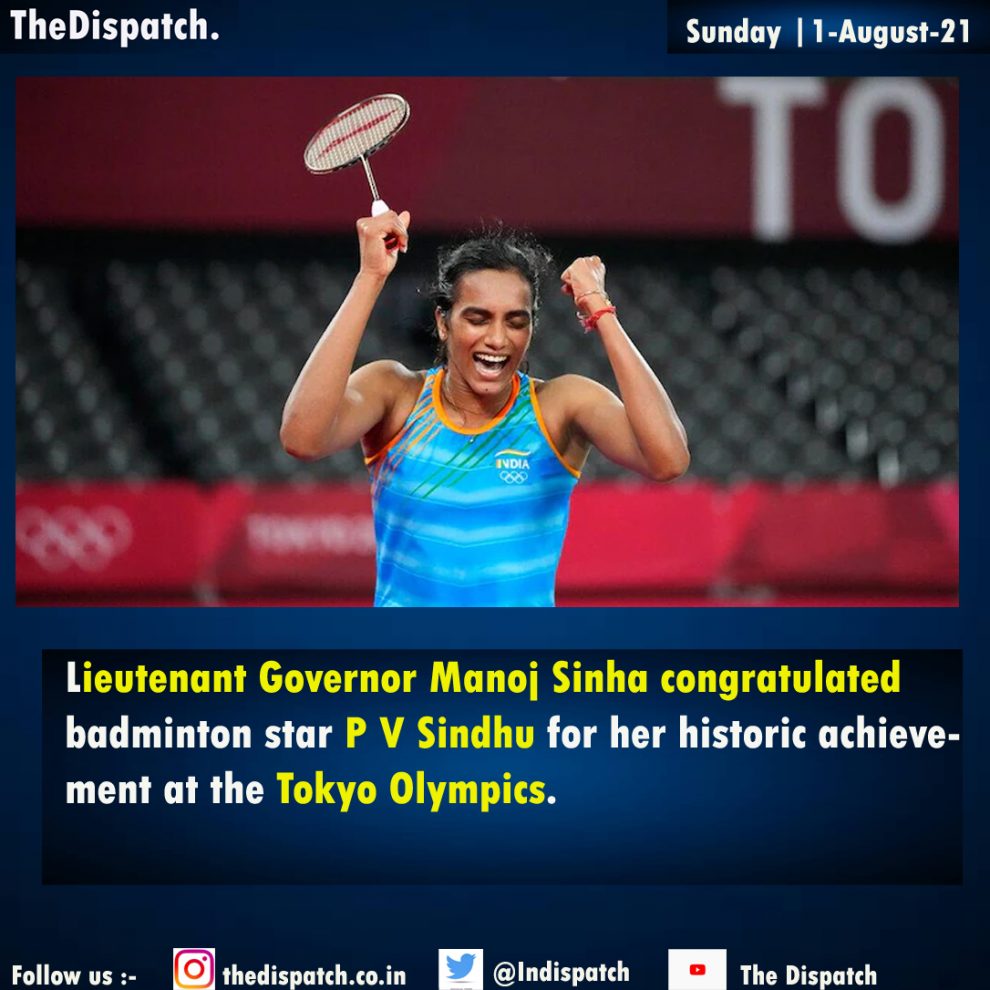 FacebookTwitterPinterestWhatsApp
Srinagar: Jammu and Kashmir Lieutenant Governor Manoj Sinha on Sunday congratulated ace badminton player P V Sindhu for winning bronze in the Tokyo Olympics, saying she is an inspiration for millions of youngsters of the country.

“Many congratulations to @Pvsindhu1 for winning the bronze medal at Tokyo Olympics. She is an inspiration to millions of youth. The whole nation is proud of her,” the Lt Governor tweeted.

Sindhu became the second Indian and the country’s first woman to win two Olympic medals, securing a bronze after a straight-game win over world No. 9 He Bing Jiao of China in the badminton women’s singles third-place play-off.

She had secured a silver in the 2016 Rio Games.