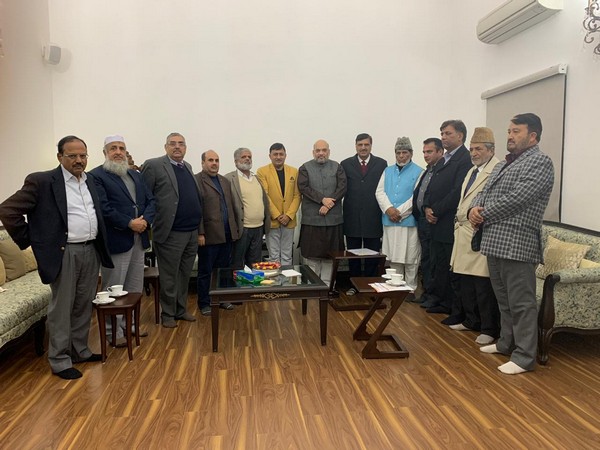 An 11-member delegation of Jammu and Kashmir Pahari Cultural and Welfare Forum met Union Home Minister Amit Shah and NSA Ajit Doval here on Wednesday in pursuance of the long-pending demand for Scheduled Tribe status to “Pahari” speaking people of Jammu and Kashmir.They submitted a memorandum in support of their demand.

The memorandum said that Jammu and Kashmir has embarked upon a new era of compatibly revised constitutional framework beholding a promise of social justice and development for all components of its mosaic social fabric, the “Pahari speaking community views the entire gambit as an assurance to end the long-perpetrated injustice”.

“We take this opportunity to reiterate our demand for scheduling of Paharis as a tribe under the Constitution,” it said.The memorandum said that it was in 1989 that the government of Jammu and Kashmir recommended several tribes and communities for inclusion in the Schedule of Tribes category under the constitution. “The GoI accepted the said recommendation by taking a political decision in favour of many but the plea of Paharis were left,” it said.