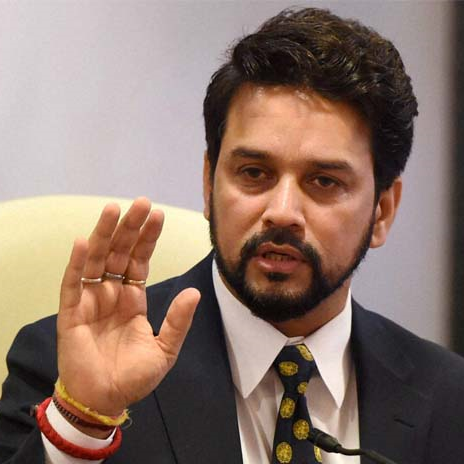 Jammu, Nov 28: Union minister and BJP leader Anurag Thakur said on Saturday the people of Jammu and Kashmir believe in the politics of ballot and not the politics of bullet , as a number of activists and panchayat members joined the BJP here.

He said the people do not believe in the divisive politics propagated by the Gupkar alliance’.

He was speaking after a number of political activists, including Nationalist Youth Congress state president Shivdev Singh, and several sarpanches and panches joined the saffron party.

The people have joined the BJP because of the development-oriented agenda of PM Modi. In the last six years, development has taken place in all sectors and regions,” he said.

“No stone will be left unturned to transform this region into a progressive and peaceful place for citizens and investors. The measures taken by the Modi government are being supported by the common man and that is why they are showing their support for the BJP by joining in large numbers, Thakur said.

He said, The era of darkness under the PDP and the NC has come to an end and the era of prosperity and progress has begun.

Thakur said the people have seen the real face of the Gupkar gang which is neck-deep in the Roshni land scam .

The land grabbers have been exposed and their hollow promises rejected. The DDC elections will pave the way for a period of trust and transformation in J-K, Thakur said.

Gupkar alliance’ or People’s Alliance for Gupkar Declaration (PGAD) is an amalgam of several parties, including the NC and the PDP, seeking the restoration of the special status of the erstwhile state. The BJP has been criticising it and calling it a gang .