Things got no easier over their evening meal, which Vincent referred to as dinner but Sally corrected to tea.
‘It’s a class thing,’ Billy explained in a whisper as the three of them sat around the table neatly laid with an array of stainless steel cutlery, waiting for their first course. ‘The middle and upper classes call their midday meal “lunch” and their evening meal “dinner”. They might also have a light meal mid-afternoon. If they do, that’s tea. For the working class, dinner is the midday meal and tea the evening meal. Oh,’ he added holding up two spoons, ‘and this is a soup spoon and this one is for dessert, which, I’m reliably informed, the working class call pudding.’
He sat back, looking extremely pleased with himself.
‘Do you really think I don’t know the difference between a soup spoon and a dessertspoon?’ asked Vincent.
‘I didn’t,’ admitted Akaash. ‘Nor can I see the point of the distinction. A spoon’s a spoon.’
Vincent’s look made it clear he wasn’t at all surprised. ‘How do you know so bloody much about it?’ he asked Billy. ‘I thought this was your first time here too.’

‘Lessons before I left Gwalior. From the Resident’s wife and a few of her friends,’ he explained with a contented sigh. ‘You have no idea how much they taught a simple, innocent young native like me.’

‘You really are disgusting.’
Akaash took a handful of change out of his pocket. ‘Did they explain this to you?’ he asked, letting a cascade of coins fall onto the table. ‘Because it makes no sense to me.’
‘I thought you were some kind of mathematical whiz?’
‘Maths is based on logic and structure. And believe me there’s no logic or structure in this. Pounds, shillings and pence I understand. Although why it’s abbreviated to LSD and not PSP escapes me. But the basic system is easy enough. Just like rupees, annas and paise, but based on multipliers of twenty and twelve rather than sixteen and four.’ He spread out the money, finding the two smallest copper coins. ‘This is a halfpenny,’ he said, holding up the larger of the two. ‘But this,’ he said, indicating the smaller, ‘whilst its worth is half of a halfpenny, it isn’t a quarter penny – no, that would be far too sensible. It’s a farthing. What does that even mean? And why is a two shilling piece called a florin? Why is there a coin worth two shillings and sixpence that’s called a half-crown when there isn’t a five-shilling coin called a crown? Why isn’t there a five-shilling coin at all, irrespective of what it’s called? And what on earth is a guinea?’

Billy tried to recall all he had been told of the origins and oddities of British currency until Sally brought three soup plates to the table. She placed them carefully before them and all three picked up their soup spoons. ‘Cream of chicken,’ she said.

Akaash put his spoon down. ‘I’m a vegetarian,’ he said quietly. ‘I’m sorry, I thought they’d told you that. I don’t eat meat.’
‘It’s not meat, Dr Ray,’ she assured him, sounding like a mother talking to a particularly dim child. ‘It’s soup.’
‘I don’t eat anything that’s made from meat or has meat in it.’
Sally put her hand to her mouth. ‘Not any meat?’
‘I’m afraid not.’
‘How on earth do you survive?’ she asked. ‘No wonder you’re so…’
‘Daal. Rice. Vegetable curries.’
‘I don’t know how to make any of those,’ she said, her eyes filling with tears. ‘Excuse me a moment.’
‘You’re a strict Brahmin now?’ Billy asked. ‘I thought you said you were an atheist. Ergo.’
‘I am indeed,’ Akaash assured him. ‘Religion is mere superstition the elites use to dissuade the disenfranchised from demanding what’s rightfully theirs. I’ve foresworn meat until the British release Gandhiji.’
Vincent rolled his eyes.
‘So this is like a protest? A hunger strike?’ asked Billy, impressed.
‘Absolutely,’ said Akaash.

‘Except you never actually go hungry,’ pointed out Vincent. ‘What an excellent form of civil disobedience: all you manage to do is upset someone who’s trying to take care of you, piss off everyone around you and make no difference whatsoever to anything. Congratulations.’

‘I’m sure everything will be fine,’ Vincent reassured Sally when she returned, red-eyed. ‘Daal is really just what…’ – he looked around the table and sighed – ‘we Indians call lentil soup.’ He nodded dismissively at Akaash. ‘I’m sure he’s not going to starve to death if he just has whatever vegetables you’ve prepared for us tonight. Tomorrow you and I can work out a menu so his particular needs can be properly catered for.’
She nodded, with a tight smile. ‘Thank you, Vincent,’ she said. ‘I’ll give Dr Ray extra gravy with his veg. And the two of you can share his chop.’
A slow smile spread cross Vincent’s face. ‘That wouldn’t happen to be a pork chop by any chance, would it?’
Sally nodded again, sensing further problems.
Vincent raised an eyebrow at Billy, who gave a slight shake of his head.

‘And is there meat stock in the gravy, Mrs Atkinson? Perhaps it’s best if Dr Ray has his veg dry tonight. And I suspect Mr Khan might prefer to polish off Dr Ray’s soup and just have a few dry veg himself. You and I can share the pork chops between us.’

He beamed with malicious satisfaction at the two plates of limp greens and overboiled potatoes placed before Akaash and Billy, then glanced down at his own, dominated with two meaty chops swimming in a rich, dark brown gravy. ‘So important we don’t lose sight of our religion and our culture in this foreign land,’ he sighed contentedly. ‘Bon appétit, as the British say.’ 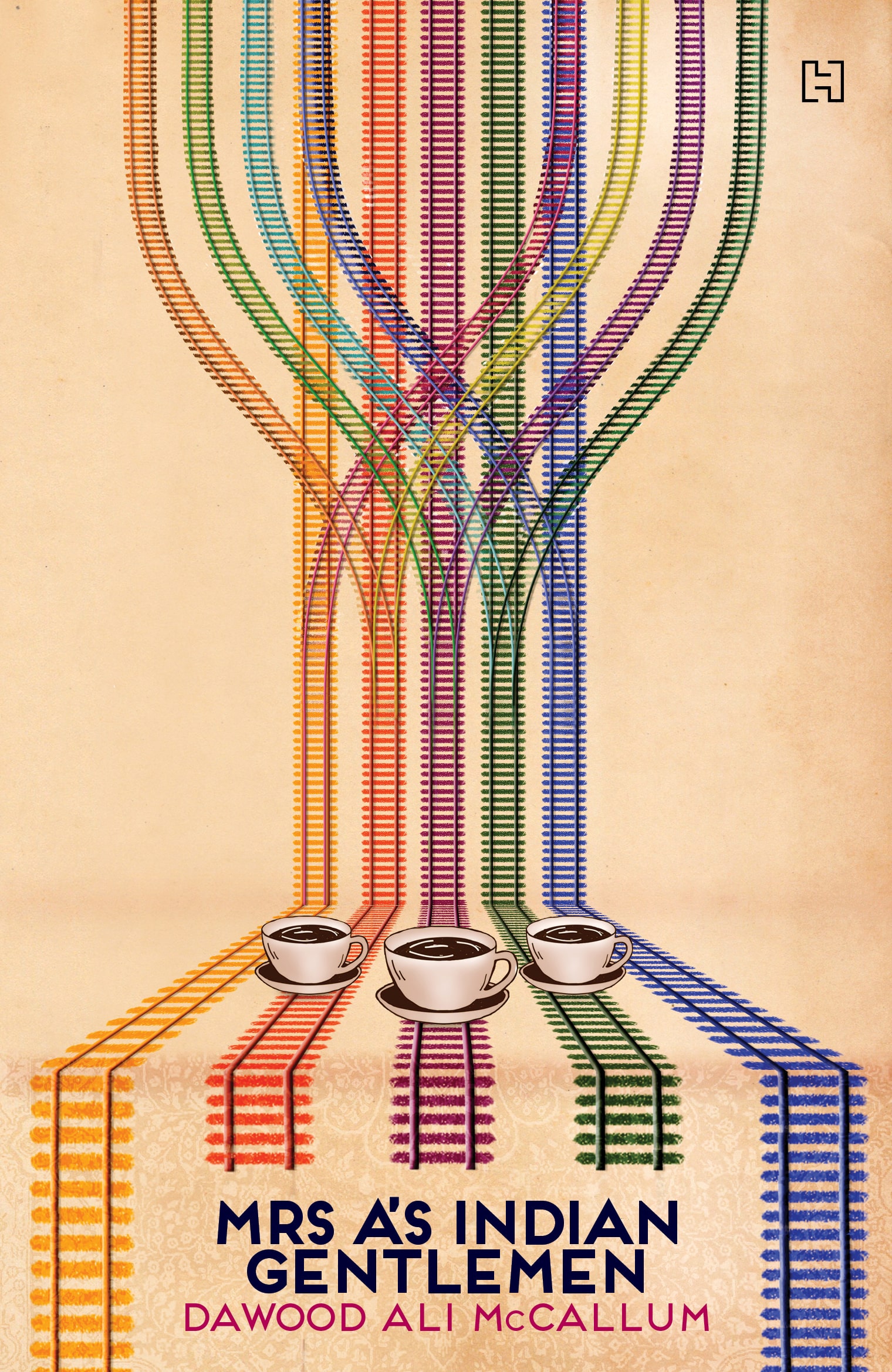 “Sons of Darkness”: This riveting fantasy novel is set in re-imagined Vedic India

Nidhi Dugar Kundalia on "White as Milk and Rice": 'I hope to bring the marginalised tribals to the centre stage with this book'
"Trending in Love" is the story of Sanam and Aamir's undying love in the face of our society's most dangerous beliefs