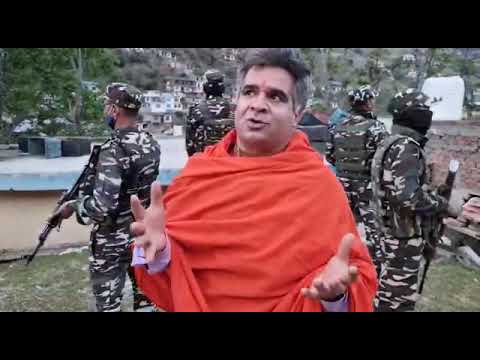 JAMMU: Stating that it is a big mission to form the next government in the Union Territory of Jammu and Kashmir, the Bharatiya Janata Party (BJP) on Monday said that the party is working on the same lines.

The BJP held its Working Committee Meeting here and passed a political resolution, requesting the Government of India for early completion of delimitation process and holding assembly elections in the UT as soon as possible.

The development comes days after the All Party Meeting (APM) chaired by Prime Minister Narendra Modi in Delhi on June 24. Talking to reporters after the meeting at the party headquarters here, Raina said the meeting unanimously passed a political resolution requesting the delimitation commission to complete the assigned task early to pave the way for the holding of assembly elections and a popular government.

Earlier, addressing the party leaders, Raina said the party has a big mission—to form the next government in Jammu and Kashmir.

“We have to prepare for the elections from today itself and move together for the success of our mission, which is to form the next government with the BJP chief minister in chair with full majority. I am sure that with your efforts, we will cross all hurdles and will emerge victorious whenever the elections are held,” the BJP leader said.

He briefed the workers about the all party meeting chaired by the Prime Minister on June 24 and said it ended the political deadlock in J&K as all the 14 invited leaders from eight prominent parties attended meeting.

“We request the intervention of the Lt Governor to put an end to illegal mining and bring down the escalating prices. We will not hesitate in launching an agitation in the interest of the public,” he said. “The committee also appealed to the Lt Governor to address the long pending demands of over one lakh daily wagers, casual and need based workers who are working in 28 different government departments and waiting for their regularization over the past three decades.”

The meeting also called for addressing the issues of Village Defence Committees and Special Police Officers (SPOs) who fight alongside security agencies in the UT.