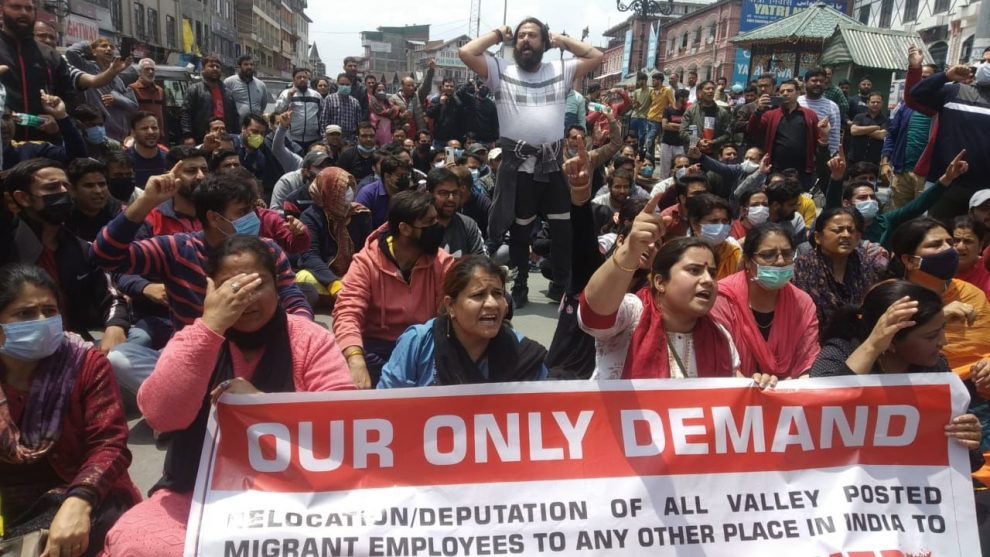 SRINAGAR: Jammu and Kashmir Lieutenant Governor Manoj Sinha has said the issues faced by Kashmiri Pandits working in the Valley, including their safety concerns, will be addressed.

“I would not like to go into the statistics of now and then. You are from here and you know it as well that the situation now is better than before. But unfortunately, an odd incident (of violence) takes places once every few months. We are working out a strategy with police and other security forces to tackle this,” Sinha told reporters on the sidelines of a function here.

He was responding to a question about claims made by political leaders like National Conference’s Omar Abdullah and Peoples Democratic Party’s Mehbooba Mufti that the security situation in the valley was deteriorating. Sinha said the “unfortunate” killing of Rahul Bhat was being probed by the special investigation team (SIT).

Bhat, who had got the job of a clerk under the special employment package for migrants in 2010-11, was gunned down by terrorists inside the tehsil office in Chadoora town of central Kashmir’s Budgam district last week.

“The SIT is investigating the matter. Once the report comes, we will examine it. Every resident of Kashmir, including minorities and Kashmir Pandits, have a right to remain safe and we are making efforts in this direction,” he said.

Sinha said the Kashmiri Pandits living in the valley should not leave as the local residents of the valley also want them to stay. “We will take care of all concerns of the Kashmiri Pandits including their security. My request to them is to have patience. People of Kashmir also want that the multi-religious culture and harmony should continue. We will try to resolve whatever problems that have been brought to my notice,” he added.