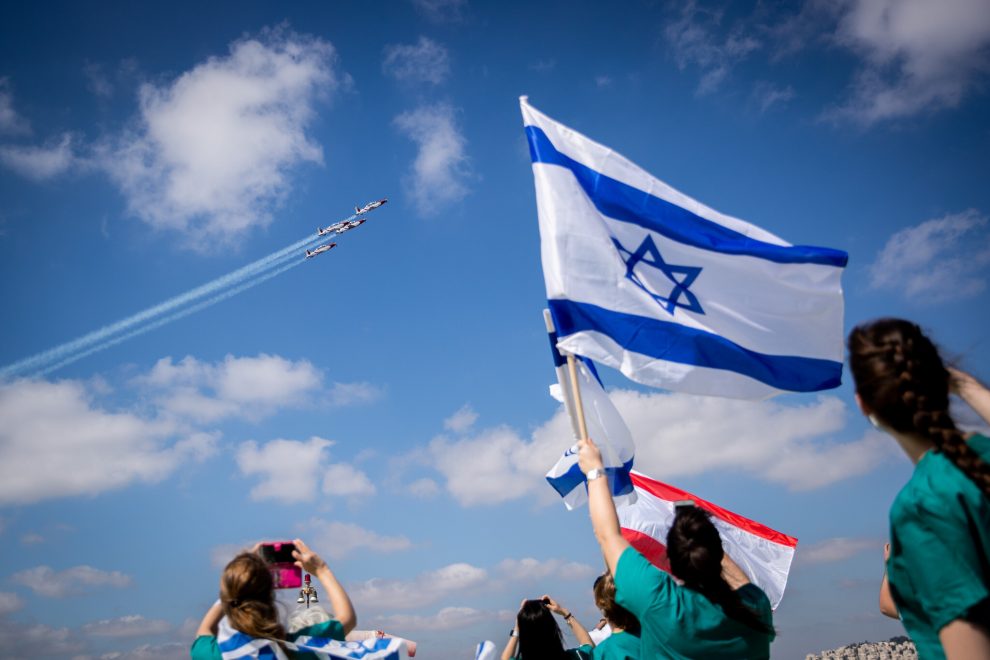 Israel has been suffering a political stalemate since November 2018, triggered by the sudden departure of Yisrael Beiteinu, a vital coalition partner, from the Likud-led coalition government. Since then, the country has witnessed four elections, albeit with inconclusive results. The COVID 19 crisis resulted in the formation of an emergency Unity government in May 2020, led by Prime Minister Benjamin Netanyahu with the support of 72 Members of Knesset (MK) comprising Blue and White, Likud, Derekh Eretz, Gesher, Shas, United Torah Judaism and two Labour Party members.1 This coalition lasted merely 8 months due to disagreements over key appointments and the budget. This paved the way for the fourth parliamentary elections within a span of two years, held on March 23, 2021.

The 24th Knesset elections saw a low voter turnout (67.4 per cent) as compared to the March 2020 election (71.52 per cent).2 There was also a decline in the participation of Arab citizens, with a turnout rate of 44.6 percent, as against the previous low of 49.2 percent, recorded in April 2019.3 The elections ended withinconclusive results, yet again, and a greater “fragmentation” of the parliament.4

The Netanyahu-led Likud secured 30 seats as against 36 in the last election but failed to secure the necessary support required to form the government. The pro-Netanyahu coalition was only able to garner support from 52 MK’s, as against the requirement of 61 MKs (See Table 2). The decline in the number of seats secured by Likud is indicative of the dissatisfaction of Israeli populace with Netanyahu.

The parties which saw an improvement in their performance included Yesh Atid and the Labour Party. On the other hand, the departure of Ra’am from the Joint List adversely impacted the performance of the latter, which secured 6 seats compared to 15 in the March 2020 election. Cumulatively, the anti-Netanyahu coalition secured 57 seats, thus rendering the small parties such as Yamina and Ra’am important in forming a coalition government.6

A significant change in this election was the dramatic shift in the power of right-wing and extreme right-wing parties. They secured 72 of the total 120 seats in the Knesset, making the parliament more fragmented in comparison to the 23rd Knesset7. Similarly, the Zionist Left (Meretz and the Labour Party) also improved its performance by securing 13 seats.

Issues such as the Palestinian conflict, settlements, the powers of the Supreme Court, and military service for the ultra-Orthodox were side lined in the elections. Although the political parties discussed the economy and recovery from the coronavirus pandemic during the campaign, the election was solely focused on the theme of ‘Bibi or no Bibi’.8

used on the theme of ‘Bibi or no Bibi’.8

Is Israel Moving Towards Another Election?

After the election results were declared, President Reuven Rivlin gave the first chance to form the government to Netanyahu. However, he was able to garner the support of only Shas, UTJ and Religious Zionism within the 28 days provided to him, which ended on May 4, 2021. Negotiations with Ra’am failed due to the refusal of the far-right Religious Zionism party to form a coalition based on the cooperation from Israeli Arab parties.9 Furthermore, Gideon Sa’ar (former Likud minister), leader of New Hope Party, also refused to cooperate with Likud since he vowed to not serve under Netanyahu.

After Netanyahu’s failure, a chance to form the government was given to Yair Lapid (Yesh Atid Party). Lapid has the support of 57 parliamentarians from diverse political groups that span from right-wing to left-wing Jewish parties, as well as an Islamist party, but this was still short of the majority required to form a government.10 His negotiations with Neftali Bennett’s Yamina party have been on a standby after the Israel-Hamas clashes. However, the possibility of having a government where Lapid and Bennett could become Prime Minister in rotation is still not off the table.11 Lapid has time till June 4, 2021 to convince the other party to come forward to form a government for a change.

In the current situation, the possibility of government formation seems quite low. The general perception is that another round of elections is on the horizon. This is also reflected in a survey conducted by the Israel Democracy Institute, which said that 70 percent of Israelis believe that the country is heading towards a fifth vote.12

Will Another Election End the Political Stalemate?

Currently, it looks like the political stalemate is likely to stay even if elections are held due to the following reasons. Firstly, “the proportional representation system” of Israel does not allow one political party to gain majority in the Knesset.The relatively low electoral threshold (3.25 percent of total vote) for parties to win seats has resulted in a number of parties securing seats in the parliament, thereby leading to a high level of fragmentation. According to Ofer Kenig, “the multiplicity of parties” indeed reduces, “the chances of forming a stable government”.

Secondly, the various parties which have secured seats in the parliament differ in their positions and ideologies, making the process of coalition building immensely difficult. The support base for these parties comes from different pockets of voters, which has remained more or less unchanged over the years. For example, the religious and social conservatives and Sephardi ultra-orthodox cast their vote for Shas; Russian speaking immigrants from the former Soviet Union support Yisrael Beiteinu; to mention a few. Additionally, the political spectrum is also divided along the lines of centre-right, left and ultra-right-wing parties.

Thirdly, the unpopularity of Netanyahu among the political parties is a major reason for the deadlock. This is on account of the charges against him which has prevented the parties from entering into coalition with Likud. The question then arises as to who would be the next best alternative to Netanyahu. Since no other leader in Likud enjoys popularity compared to Netanyahu in the right-wing camp, a change of leadership is also not a very realistic possibility.

The political deadlock in Israel doesn’t seem to be ending any time soon, with Netanyahu failing to garner support and Lapid facing the deadline of June 2, 2021 to get the necessary support and form the government. There is a perception that the Israel-Hamas conflict helped Netanyahu gain some lost ground. The impact of this event on the electoral outcome remains to be seen, as past precedents such as the Abraham Accords, which were perceived to be in his favour, failed to help him win the fourth election. Additionally, even if he is able to secure Yamina’s support, the pro-Netanyahu bloc will not get a majority. Thus, the elections for the fifth time appear to be inevitable.

Saudi-Iran Talks: Ray of Hope in the Gulf
The Information Technology (IT) Rules, 2021
Comment