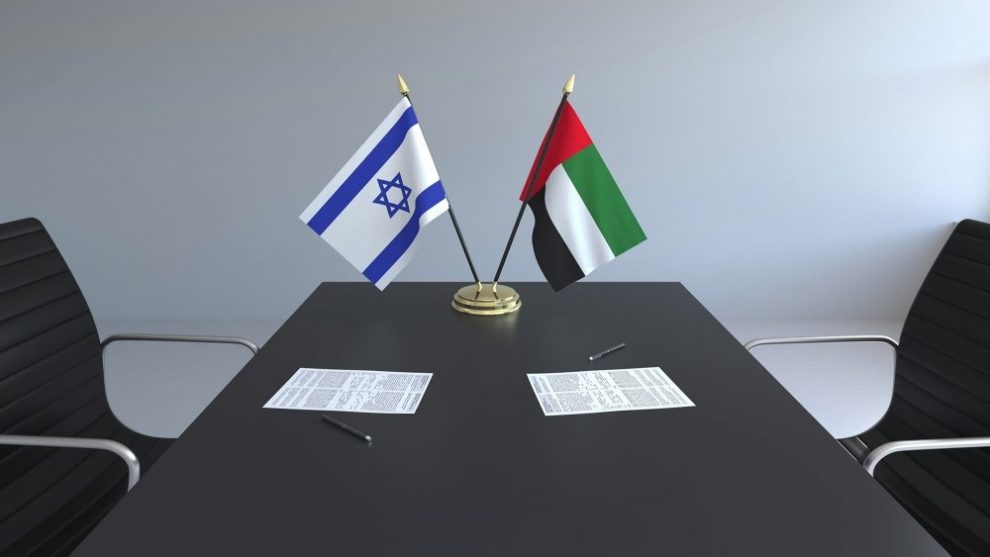 In a span of ten months, since the signing of the Abraham Accords in September 2020, Israel and the United Arab Emirates (UAE) have made significant strides in laying a strong foundation for their relationship. They have opened embassies, exchanged diplomats, started trade and investments, opened direct flights, agreed to cooperate in the fields of security, infrastructure, healthcare, agriculture, and so on, as mentioned in the Abraham Accords. They are also making efforts to find convergences on regional security and strategic issues. On 29 June 2021, Yair Lapid became the first Israeli Foreign Minister to visit the UAE since the normalisation of their relationship. His visit was intended to further strengthen the relationship between the two countries in light of the Abraham Accords.

Both the countries have laid emphasis on strengthening bilateral trade and commerce. Since the signing of the Abraham Accords, the total trade between the two countries has reached US$ 675.22 million.1 In order to help promote business, Israel and the UAE have signed a tax treaty and a double taxation avoidance treaty. In March this year, the UAE announced an investment of US$ 10 billion in several sectors in Israel, such as energy, agriculture, infrastructure, and healthcare, among others.2 Clearly, there is a growing convergence of interests between the two leading economies in the region. During Lapid’s recent visit to the UAE, both countries signed an agreement on economic cooperation

Cooperation in several key sectors has been established by both countries. In the field of defence technology, Israel and the UAE have joined hands to build an anti-drone system to intercept threats from unmanned aerial vehicles (UAVs).3 Both countries have signed an agreement to cooperate on research and development on coronavirus.4 In October 2020, an Emirati delegation visited Israel and signed four MoUs related to cooperation in the field of agriculture.

Establishing peace and stability in the region is a crucial component of the Abraham Accords. But building convergences over complex regional security and geopolitical issues is challenging for both. The Palestine question would remain the most challenging issue for the relationship between Israel and the UAE. The recent clashes between Israel and Hamas in May 2021, which led to a number of casualties on both sides, was probably the first major test for the Israel–UAE relationship, which both countries navigated successfully. Though the UAE condemned the Israeli action on the Al Aqsa Mosque compound, its reaction to the Israel-Hamas fighting was mute. Both countries kept the newly-built relationship insulated from international hue and cry, especially over the Israel–Hamas clashes.

The domestic political stalemate and the change of government in Israel had raised doubts about the future direction of Israel’s foreign policy towards the Arab world. The newly formed eight-party coalition government led by Naftali Bennett now includes right-wing, centrist, and left-wing parties and also an Arab political party. The foreign policy of the government, particularly towards Palestine and the Arab countries, was therefore unclear. With the visit of Foreign Minister Lapid to the UAE, it is clear that the Bennett government intends to take the Abraham Accords forward.

Both Israel and the UAE perceive Iran as a threat to their national security. Iran’s support for the Hamas, Lebanese Hezbollah and the Bashar Al Assad regime in Syria are key security challenges for Israel. Engaging with the Gulf Arabs strengthens Israel’s position vis-à-vis Iran. For the UAE, Iran’s nuclear programme, dispute with Iran over the islands in the Gulf waters, and Iran’s support for the Houthis in Yemen and the Assad regime in Syria are of serious concern.

Further, as mentioned in the Abraham Accords, both countries are committed to fighting terrorism.  Though no substantial cooperation has taken place so far, it remains a potential area of cooperation. Both countries strongly condemn the activities of the Muslim Brotherhood in the region as they perceive it as a grave threat to national and regional security.

Despite growing bilateral cooperation, the Palestine issue would remain a potentially destabilising factor in the Israel–UAE relationship. The recurring tensions between Israel and Palestine would continue to question the UAE’s pragmatism in joining hands with Israel and also elicit criticism from some of the fellow Muslim countries. The signing of the Abraham Accords was met with a sense of betrayal by the Palestinians. However, the UAE has assured Palestine of its support while stating that “the pace and scope of normalisation won’t be disconnected from progress on Palestinian statehood and rights.”6 The UAE would, therefore, tread cautiously—maintaining its newly built ties with Israel, and at the same time, upholding its commitment and support to the Palestinian people. But the fact remains that the UAE has taken a conscious decision to engage with Israel, and the pace of bilateral engagement indicates that it has no intention of looking back in its relationship with Israel.

Israel portrays the newly built relationship with the UAE as an ideal model of future cooperation and engagement with the other Arab countries. By building strong economic ties and committing to cooperate in other major sectors as well, Israel is conveying a point to the Arab countries that it is not only economically beneficial but also conducive for regional peace and stability if they join hands with Israel.

Both the UAE and Israel have considerably reoriented their approaches since the signing of the Abraham Accords in September last year, leading to a rapid acceleration of bilateral engagements. The strategy adopted by the two countries is to prioritise economic cooperation and explore opportunities in other key sectors as well. Although cooperation on regional issues would be challenging for both given the complex nature of politics in West Asia, Lapid’s visit to the UAE strengthens the foundation of the newly built relationship and the spirit of the Abraham Accords.

The author is Associate Fellow at the Manohar Parrikar Institute for Defence Studies and Analyses, New Delhi and views expressed are personal. The article first appeared on the website of IDSA.