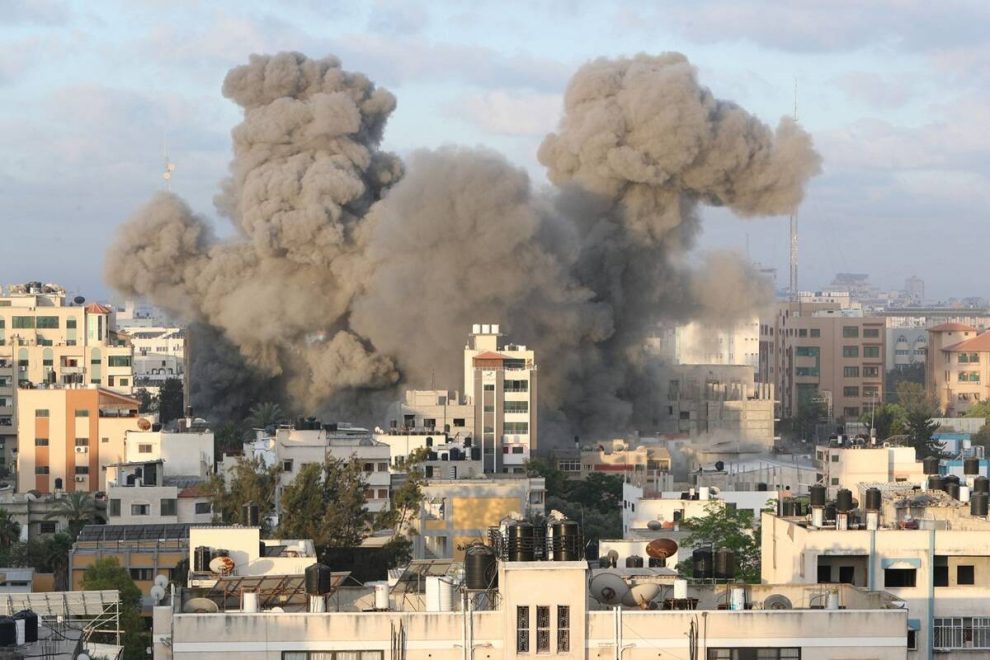 The violent clash between Israel and Hamas during May 10-21, 2021 has brought back the prolonged Israeli-Palestinian conflict to the forefront of complex issues afflicting West Asia. The Arab Spring and its aftermath had relegated the conflict to the bottom of regional problems.

The significance of the conflict had further diminished under the four years of Donald Trump’s presidency, with his administration focused on isolating Iran through the “maximum pressure” campaign. Trump withdrew from the Joint Comprehensive Plan of Action (JCPOA), imposed fresh sanctions and eliminated General Qassem Soleimani.

On the Israeli-Palestinian front, the Trump administration was seen as too partial to the Israeli side, especially in the context of the decision to recognise Jerusalem as the capital of Israel and shifting of the US embassy from Tel Aviv to West Jerusalem. This led to his ‘Deal of the Century’ not receiving any attention from the Palestinians.

The signing of the Abraham Accords between Israel and four Arab countries, namely the United Arab Emirates, Bahrain, Morocco and Sudan, in August 2020, did raise hopes for progress towards peace. The renewed escalation between Israel and Hamas, however, diminishes any hopes for a peaceful resolution of the conflict in the immediate future.

In the fighting, 248 Palestinians, including 66 children and 13 Israelis, including one Israel Defense Forces (IDF) soldier, three expatriates and two children, lost their lives. In addition, more than 1,900 Gaza residents and nearly 114 Israelis were injured. After mounting international pressure, the ceasefire agreement was announced on May 21, 2021. This was the fourth round of fighting between Israel and Hamas since 2008, and the worst since 2014.

The beginning of the escalation can be traced to the protests in mid-April by 13 Palestinian families in Sheikh Jarrah, a locality in East Jerusalem, facing eviction from their homes after losing a court battle against Jewish settlers. It provoked counter protests by extremist Jewish groups, sparking violence and rioting that soon spread to Haram al-Sharif/Temple Mount area leading to clashes in the Al-Aqsa compound on May 7, the last Friday of the holy month of Ramadan.

In trying to control the situation, the Israeli police and IDF personnel entered the compound – managed by the Waqf Council under Jordanian tutelage, leading to hundreds of Palestinians and scores of IDF personnel getting injured. Hamas saw this as an opportunity to reiterate its position as the leading Palestinian resistance movement and issued an ultimatum to Israel to withdraw its security personnel from Al-Aqsa by 6:30 pm on May 10, failing which it will take action.

As the deadline expired, Hamas launched a barrage of rockets indiscriminately targeting civilian establishments and residential buildings not only in southern Israel but also at targets in Jerusalem and Tel Aviv. The IDF retaliated by launching a full-fledged military campaign, codenamed Operation Guardian of the Wall, on May 11 pounding the network of tunnels, warehouses, munition factories.

By the time the ceasefire came into effect, Hamas and the other Palestinian militant group operating in the Gaza Strip, the Islamic Jihad, had reportedly launched nearly 4,350 rockets from Gaza, underlining their increased military capability. Some rockets were also fired from southern Lebanon towards norther Israel. The escalation was accompanied by protests and rioting in occupied West Bank and East Jerusalem as well as in the mixed Arab-Jewish towns in Israel, highlighting the growing sympathy for Hamas among the wider Palestinian community.

Both sides, meanwhile, have claimed victory. Prime Minister Benjamin Netanyahu while delivering a televised address, underlined the damage caused to Hamas by the IDF and affirmed that the “Hamas can’t hide anymore”. Netanyahu affirmed that a large part of the Hamas’ and Islamic Jihad’s command echelon was eliminated.

On the other hand, Hamas highlighted its narrative of mounting a successful resistance against a stronger military power, underscoring its undying spirit to fight for the Palestinian rights and against the Israeli occupation. Hamas chief, Ismail Haniyeh, affirmed that the group’s capabilities will be restored.

Notwithstanding the claims and counterclaims, there are six important lessons that the violence brings to the fore. Firstly, the Israeli-Palestinian conflict is not dead. The multiplicity of conflicts, tensions and rivalries in the region since 2011 had relegated the Israeli-Palestinian conflict to the bottom of regional issues. This had many believing that the prolonged conflict is no longer a serious issue. Such assumptions have been proved wrong by the current spate of violence.

Thirdly, the clashes have underlined the preeminence of Hamas as the Palestinian faction that can no longer be ignored by the international community, if they ever hope for the eventual resolution of the conflict and the realisation of the two-state solution.

Fourthly, the violence reemphasised the centrality of the city of Jerusalem. The city holds political and religious significance for both the parties; it is the third holiest site in Islam and the holiest in Judaism, housing the sanctum sanctorum of the Second Temple destroyed in 70 AD. Further, for Israel, the undivided Jerusalem is the capital of the State of Israel and for the Palestinians, East Jerusalem is capital of the future State of Palestine.

Fifthly, as far as the regional geopolitics is concerned, Iran has emerged as a major regional threat. Though Hamas and Islamic Jihad have developed serious military capacity and have been producing much of their arsenal and ammunition in the underground network they have built inside the Gaza Strip, Iran is the most important supporter of the militant Palestinian factions in the region. Hamas also receives support from Turkey and Qatar. Iran’s growing military arsenal, its quest for nuclear weapons and arming of militias in Lebanon, Syria, Iraq and Yemen, seen together with the military and financial support for Hamas, add to the angst of its regional rivals.

Finally, the latest round of Israel-Hamas confrontation has underlined that President Joe Biden, cannot afford to ignore the Middle East. Notably, it was the tough talk by the Biden administration that eventually led to Israel and Hamas agreeing for a ceasefire, underlining the preeminence of the US as the regional arbiter. This means that even if Biden does not want to get entangled in the complex regional conflicts, he will have to devote some time to manage the situation to avoid flare ups that can deviate the administration’s attention from priority issues.

The fighting between Israel and Hamas has come to an end for now, but as any serious observer of West Asian politics will underline, one can never be sure of what might happen next and for how long the ceasefire will hold. Unarguably, this will not be the last round of violence between Israel and Hamas. The international community cannot ignore the Israeli-Palestinian conflict and there is a need to work towards reviving the peace process.

The author is associate Fellow at Manohar Parrikar Institute for Defence Studies and Analyses, New Delhi. Views are personal and the article first appeared on IDSA.