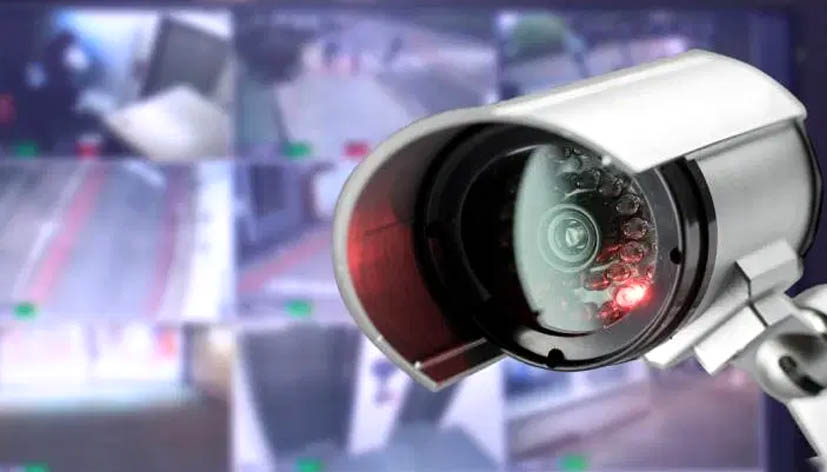 Indian railways and its PSU RailTel, have installed IP-based CCTV surveillance cameras in 813 major railway stations across the country. Installation work at 47 more stations is in progress. Further, the Indian Railway and RailTel aim to cover 756 stations till March 2022. The target is to cover 5000 railway stations. The project covers all A1, A, B, C, D, and E category railway stations.

The purpose of installing the technology-advanced surveillance camera is to enhance the safety of passengers, especially women and children. Further, it also aims at promoting domestic manufacturing and address national security concerns.

CCTV Cameras A security camera is used in surveillance to monitor public or private areas that need to be monitored for security reasons. Modern security cameras use closed-circuit television (CCTV) technology, which employs video cameras that transmit signals to a specific limited set of monitors.

Internet Protocol or IP-based CCTV surveillance cameras work via the internet. These digital stand-alone cameras only require the internet to function and can be accessed, monitored, or controlled from anywhere over the network by the authorized person. They are easy to relocate. Unlike a traditional or analog camera, they do not require cables or use coax. Further, they enhance the surveillance process.

Types of CCTVs being installed at stations

Dome cameras are installed inside a dark dome and are designed in a way that they go unnoticed by visitors. These cameras can be rotated and tilted manually. Dome cameras are used in public places like railway stations, bus terminals, and other areas where there is a huge gathering of people.

Bullet cameras are placed inside bullet-shaped housing, and they are used in residential places and commercial places. They are small in size, water-proof, and have an integrated design. They will be installed at the platform.

A pan-tilt-zoom camera offers the ability to view and zoom in all directions. One can even set the camera to automatically rotate to different fields of vision. These are being installed in the parking areas.

Ultra HD-4K cameras are being installed at crucial locations at the station.

The IP-based surveillance system will give an extra edge to the Railway Protection Force (RPF) officials to improve security as the CCTV camera live feeds are displayed on multiple screens. Further, the storing of footage for 30 days will aid the post-event analysis and investigation process.

IP-based CCTVs can provide better coverage and clearer image. These will enhance the safety of passengers on the railway premises, enable facial recognition, and prompt action.

How the surveillance system works

The CCTVs are being networked on the optical fiber cable. The video feed of the CCTV camera is being displayed at local RPF posts and at a centralized CCTV control room at the divisional and zonal levels. The CCTV cameras at the stations and video feeds are being monitored at 3 levels to ensure enhanced safety and security at railway premises.

Work of setting up a centralized control room has been completed at 14 zonal railways and is in progress at the rest. The centralized control rooms will display video feeds from CCTV installed by RailTel at stations at their respective zones. A Network Management System (NMS) has also been provided for the monitoring of cameras, servers, UPS, and switches which can be viewed from any web browser by the authorized personnel.

Further, 4 types of IP cameras (dome type, bullet types, pan tilt zoom type, and ultra HD- 4k) are being installed to ensure maximum coverage inside the railway premises. The recordings will also be stored for a maximum of 30 days.

RailTel is a Mini Ratna PSU under the Ministry of Railways. It has been entrusted with the work of providing IP-based VSS with video analytics and facial recognition system. It is also working with the Indian railways to provide wi-fi facilities at railway stations across the country.

Last year, a budget of Rs. 250 crore was allotted to Indian Railways from Nirbhaya fund for installation of video surveillance system at 983 stations after an MoU was entered into between the Indian Railway and RailTel to install CCTVs at stations in 2020. Under Phase-1, 6 major stations (Ballari, Belagavi, Vasco-Da Gama, Bengaluru Cantt, Bangarpet, Hassan) under the South Western Railway (SWR) were equipped with VVS.

The Nirbhaya Fund was created to strengthen and push activities for the safety and protection of women. It is a non-lapsable corpus fund, administered by the Department of Economic Affairs, Ministry of Finance.