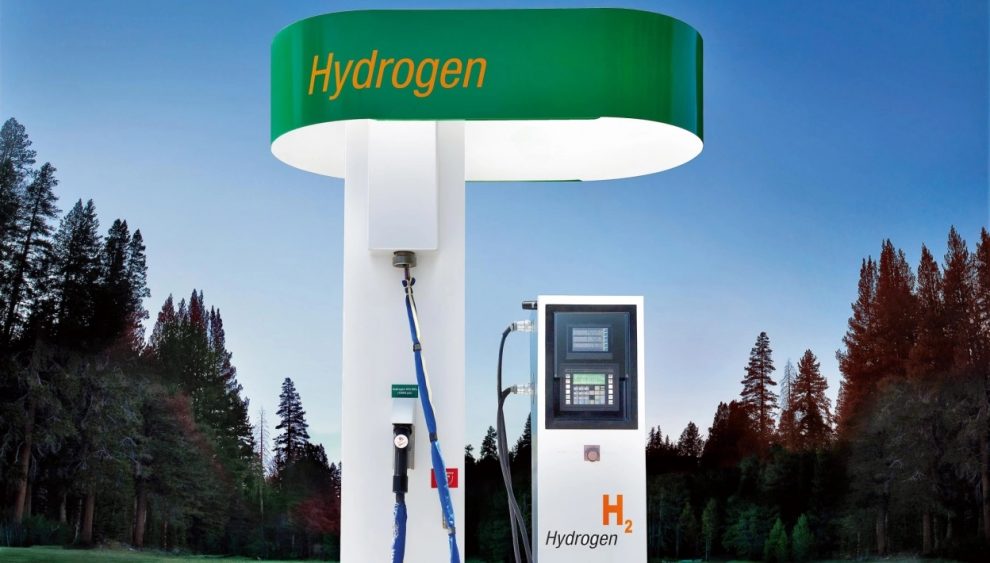 With the first part of the National Hydrogen Policy notified, the government is targeting production of 5 million tonnes of green hydrogen by the year 2030. In the much awaited policy, green hydrogen and ammonia manufacturers can purchase renewable power from the power exchange or set up renewable energy capacity or through any other developer, anywhere in the country.

It may be mentioned here that in the recent Asia Economic Dialogue, organised by the Pune International Centre and the Ministry of External Affairs ministry, RIL Chairman, Mukesh Ambani observed that India must aim to end its dependence on coal and oil in the next two-three decades. He said clean energy exports from India could rise to half a trillion dollars in 20 years. In the Jamnagar oil refining complex, the plant currently converts petroleum coke into synthesis gas to produce blue hydrogen for $1.2-1.5 per kg. This is much lower than green hydrogen produced with renewable resources, which costs between $3-6.55 per kg, according to the European Commission’s July 2020 hydrogen strategy.

Though there has been lot of emphasis on solar energy for the past few years, green hydrogen is acknowledged by experts to be an equally convenient and acceptable option, keeping in view environmental pollution.

It is understood that the government would provide open access – connectivity to transmission lines for renewable energy – within 15 days of the receipt of the application. Manufacturers can store their unconsumed renewable power, up to 30 days, with the distribution company, the policy stated. It is interesting to note that the government intends to accord a waiver of inter-State transmission charges for 25 years to the manufacturers if the projects are commissioned before June, 2025.

Rising petroleum prices and air pollution has thrown open to researchers and scientists to take a look at hydrogen way back in the late 1900s. A 1996 report of the US Senate Committee on energy and natural resources stated: “The most promising immediate use of hydrogen is for transportation…use of hydrogen leaves no ozone depleting chemicals, no acid rain, no nuclear waste”. Compared with batteries, there are many advantages. While the tanks needed to store hydrogen are relatively heavy, battery packs for plug-in electric cars can weigh hundreds of kilos. It is understood that the smallest Tesla battery weights about half a tonne. Yet, a few kilos of hydrogen pack more energy than a large battery — the Mirai’s fuel economy proves it.

Hydrogen generated entirely by renewable energy or from low carbon power can emerge as a game changer with its potential to curb greenhouse gas emissions by 15 to 25 per cent. Several leading independent power producers are willing to set up GH production units in India for supplying end customers. Domestic GH will also address India’s energy security to significantly reduce India’s import of oil, gas and coal. Commercial viability of GH is dependent on the convergence of certain forces.

Clean electric energy is a critical input for GH production and such affordable energy has to be made available. Ambitious targets must be set for rapid expansion in electrolyser capacity while R&D has to be incentivised. This will enable development of automated and efficient manufacturing processes and adoption of technological advancements. Thus proper infrastructure is imperative for efficient transport and storage of hydrogen.

Regarding manufacture, the cheapest way to do so is from natural gas but this releases a lot of carbon dioxide, negating the benefits of a zero emission vehicle. While this dirty hydrogen is cheap at $1 a kilogram, the clean type made through the electrolysis of water, using renewable energy, is five times costlier. Altogether about 90 million tonnes of hydrogen is made every year and most of it used up in fertilizer factories and petroleum refineries. A battery car fed 100 watts from the grid makes use of 80 watts but the hydrogen route is much less efficient. Hydrogen may not be the best fuel for running cars at present, but it has an advantage over plug-in vehicles in heavy applications.

With experiments in full scale, it is a matter of time before the greener kind of hydrogen made with solar or wind energy becomes cheap and abundant. Researchers at McKinsey see this happening at 2030. Morgan Stanley analysts say green hydrogen will be competitive in 2-3 years. India is also in the global green hydrogen race now and industrialist, Mukesh Ambani, pledging a massive investment of $80 billion, stated recently that Reliance would bring down the cost of green hydrogen below $1 per kg in a decade from Rs 3 presently.

While the political establishment appears to be quite sincere in propagating green hydrogen and starting its manufacture at the earliest, it is expected that in the second phase the government would mandate the use of green hydrogen and green ammonia by plants in a phased manner. There are also proposals to set up manufacturing zones where plants can be set up. Besides, producers would be allowed to set up bunkers near ports for storage of green ammonia for export by shipping.

The introduction of clean hydrogen fuel would bring a transformation in India’s energy policy and save urban areas from pollution. Now it remains to be seen how quickly this can be introduced and implemented at competitive prices. The policy has spelt out clearly that the Centre would play a role in the pricing of green hydrogen, which brings hope of this fuel being affordable.

With great emphasis on renewables, green hydrogen and even nuclear power, India would be able to tackle the criticism of the West as regards environmental pollution. As the budget rightly increased the production linked incentive for domestic integrated solar manufacturing facilities from this fiscal’s allocation of Rs 4500 crore to Rs 19,500 crore in 2022-23, keeping in view the goal of achieving 280GW of solar power by 2030.

Moreover, it would be in a better position to balance development with environmental concerns as at no cost can the development process in the country be stalled. One cannot deny the fact that the developed world has achieved all this over the years, not with clean energy, and it is only in recent years that they are talking about this when they are both technologically and financially strong to make the necessary shift.

The induction of green hydrogen would obviously be a trend setter but all depends on how quickly the process of manufacture, transportation and storage is available in the country. As it is, this may start from next year and we would eagerly await encouraging news in this matter within a year or so. But the emphasis on renewables as well as electric power should be maintained. —INFA