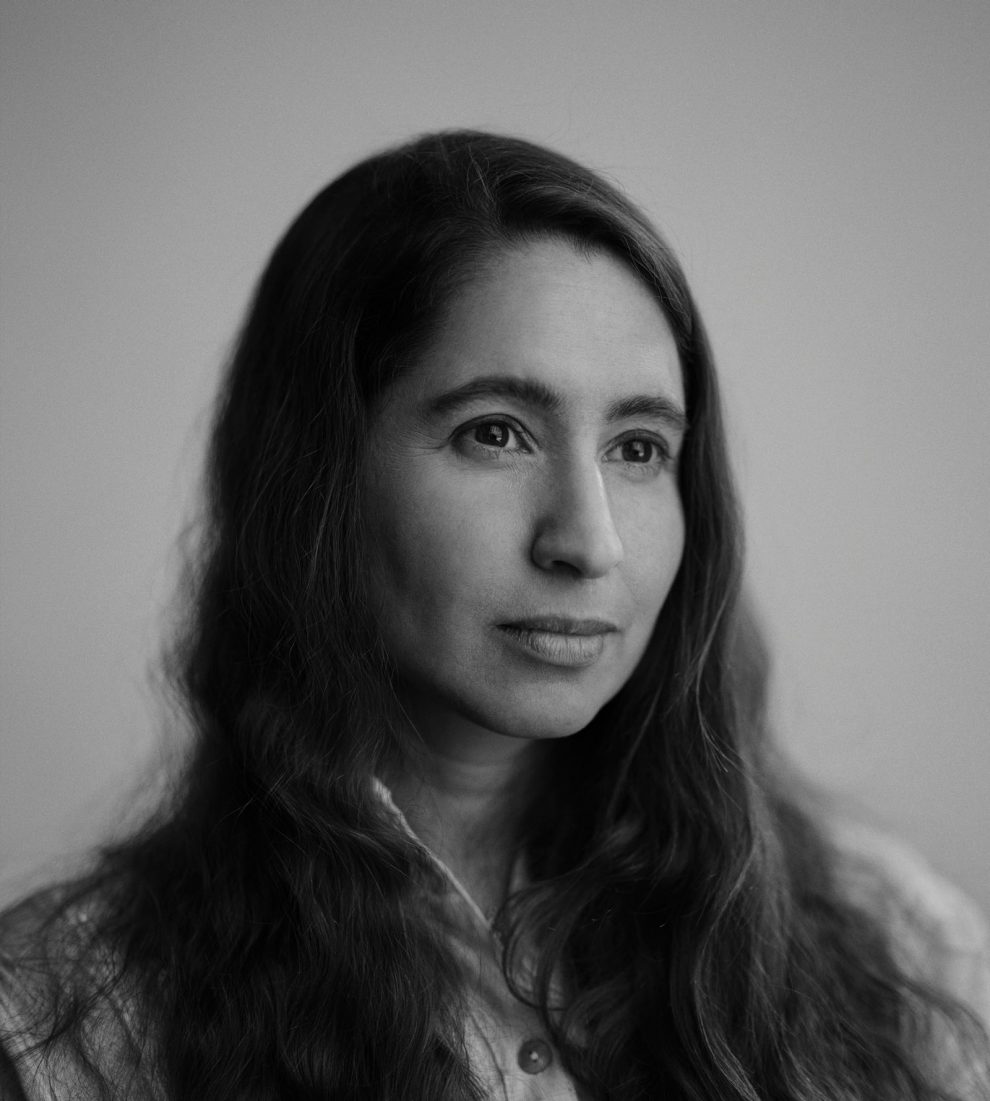 Catherine Menon is Australian-British, has Malaysian heritage and lives in London. She is a University lecturer in robotics and has both a PhD in pure mathematics and an MA in Creative Writing. She has recently come out with her first novel, “Fragile Monsters”. The novel traces one Indian Malaysian family’s story from 1920 to the present, unravelling a thrilling tale of love, betrayal and redemption against the backdrop of natural disasters and fallen empires. Written in vivid technicolour, the novel also explores the fractious relationship between the protagonists Durga and Mary, her maternal grandmother.

Chirdeep Malhotra connected with her for an exclusive interview, in which she talks about her debut novel, how she went about incorporating elements from Malaysian history in the novel, and how she juxtaposes the fields of mathematics and creative writing.

Please tell us a little bit about yourself.

I was born in Australia and I’m currently living in London with my husband and cat. In my day job I’m a robotics lecturer. I love reading and definitely have too many books: I always seem to be one bookcase short!

How did the story of Fragile Monsters come to you?

Fragile Monsters is based on the stories which my own father used to tell me about his childhood in Pahang, Malaysia. I was intrigued by these, but it wasn’t until I became an adult that I really understood the context: the town he lived in was the headquarters of the Japanese occupation in Pahang, during WW2. I became fascinated by the stories of life under occupation, and in particular by the ways in which trauma can be inherited across successive generations. All the characters – and what happens to them – in Fragile Monsters are fictional, but they’re representative of many, many Malaysians of that time whose stories are so rarely heard.

The novel’s protagonist Durga is a mathematics professor, and you are a lecturer in robotics and have a PhD in pure mathematics. And then there is your Malaysian heritage and roots, and the novel is also set in rural Malaysia. Did you borrow glimpses from your real life into the novel?

I’ve avoided using any specific incidents or characters from my life, but I think – as for many authors – my experience and lived history have certainly influenced it. In one sense Durga is every woman: she’s trying to find her identity and reconcile herself to a changing view of her family. She’s quite rigid in her thinking, quite black-and-white and logical, so this is perhaps harder for her than it is for many of us! Mary, too, isn’t drawn from life but is a composite of so many aunties and grandmothers that we’ve all met. It was important to me that the characters should feel familiar to the readers and that their lives should resonate.

The novel has been described by The Economist as one “reckoning with a family’s past, and a country’s”. How did you approach character-building in your work, while writing about the events of Malaysian history that appear in the novel?

As part of my research I read lots of first-person accounts, lots of interviews and stories about people’s direct experience of those times. The characters of Durga and Mary gradually stepped forward from that background as a kind of collage of everything I’d read. It was very important to me that their experiences and thoughts should be historically accurate and representative, so they emerged very organically instead of being “constructed”. It was also important that they be representative of their time periods and culture. In some cases this meant that as characters they would clash: they are, after all, separated by a gulf of sixty years! In that time period Malaysia has also undergone significant change, and I was very interested in how that change would have impacted on people living there at the time. The turbulence of those years has to be reflected in the characters’ viewpoints, if they’re going to be truthful representations.

In one of your recent interviews, you said, “Pure mathematics and writing come out of the same creative space.” Could you talk more about how do you juxtapose the fields of mathematics and creative writing?

To me, pure mathematics and creative writing feel very much as though they’re exercising the same parts of my brain. Superficially, of course, they’re very different – and Durga, in Fragile Monsters, clearly conceives of them as being two completely separate fields. But personally, they require the same type of mental energy. When we discuss a good mathematical proof, we use words like: elegant, interesting, significant. I don’t think it’s a coincidence that these are very similar words to those we use when we’re assessing fiction. Both fiction and mathematics are a way of attempting to make sense of the world around us, a way of imposing shape and form and narrative structure on something formless. They both also demand something of the reader: both fiction and mathematics attempt to provoke a response in the person reading them.

What books/text/art were you in the company of while writing this book?

I found Tan Twan Eng’s novel The Garden of Evening Mists to be a wonderful source of inspiration, as was Preeta Samarasan’s Evening Is The Whole Day. I also read a lot of magic realism to clear my mind: obviously Gabriel Garcia Marquez’s One Hundred Years of Solitude and Salman Rushdie’s Midnight’s Children, but also magic realism from other cultures and contexts. For me, K.S. Maniam’s The Return was a source of joy, as was Eka Kurniawan’s Beauty Is A Wound.

What were some surprising things you learned while writing your debut novel, Fragile Monsters—be it in research or about yourself as a writer?

The first thing is obviously just how much work it is to write a novel! I was a short story writer before, and while the focus is the same, novels additionally require a period of sustained intensity. I definitely discovered it was important to plan breaks into the writing process! In terms of my research, I was very interested to read stories of people’s personal survival and how they overcame the circumstances. For example, during the Occupation it became mandatory for schoolchildren to speak and learn in Japanese. The schoolteachers – who obviously hadn’t spoken it themselves before this! – would often spend the evening before class sitting with some of the Japanese soldiers and going over the lesson they were about to teach the next day. The resilience which they showed in ensuring that children had the tools and capability to continue learning is breathtaking.

I’m very much looking forward to reading How Much of These Hills is Gold by C. Pam Zhang. I also have Yaa Gyasi’s Transcendent Kingdom on my list, and I’m currently re-reading Barchester Towers by Anthony Trollope, which is very much a “comfort read” for me! I’ve also just finished reading Tea Obreht’s second novel, Inland, which is a masterpiece.

What are you working on next?

I’m currently working on the draft of my second novel, which I’m very excited about. Although it’s quite different in terms of setting and time period, a lot of the themes from Fragile Monsters recur in it. Again, it’s a piece that explores identity and the search for belonging, particularly when there’s been historical or cultural trauma. I’m also rediscovering my love of the short story form, and have returned to writing these. It’s such a different mindset to writing a novel, but absolutely as rewarding. On a personal level, I’ve also become a writing mentor to help nurture emerging talent. I think when you’re a new writer there’s a lot to be confused about, from how publishing works to how to improve your first drafts. It’s a privilege to be able to guide the writers I mentor through this process.

Oh, also quick literary word associations. Tell us the first book that pops into your mind when you read these words.

Childhood — The Wind in the Willows by Kenneth Grahame

Library — The Bookshop by Penelope Fitzgerald

‘Fragile Monsters’ by Catherine Menon has been published by Penguin Viking. Read more about the book here and buy it here.

Dr Malhotra is Editor, Books and Features at The Dispatch. A medical practitioner, a bibliophile, he calls Jammu home. He has an interest in International Relations and World affairs. He enjoys writing, watching documentaries, and exploring the culture and local cuisines of Jammu & Kashmir.

How India is headed on the path of harnessing renewable energy to boost its green economy
A curious case of Sir Edwin Arnold and the Lall-Vakh translations in Kashmir: Read an excerpt from Jairam Ramesh’s book
Comment